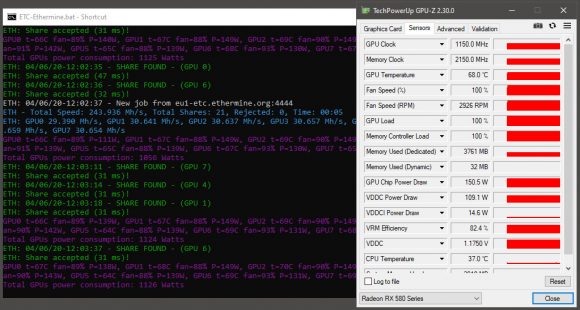 GPU miners currently mining Ethereum Classic (ETC) on AMD Radeon RX 470/480 and 570/580 GPUs under Windows might start getting a weird low performance on their first mining video card while other GPUS seem to be performing as usual. The reason for that is pretty simple even though we are still far from the 4GB DAG limit, with current ETC #337 DAG Epoch supposed to take 3.63 GB according to Claymore’s miner… the first GPU uses more video memory as it needs to display the operating system GUI, unlike the rest that are just mining. As a result when using Windows the first GPU takes something like 140-150 MB more video memory on top of the other ones that are just mining, so with that the actually used video memory gets closer to the 4GB limit and instead of 20-30 MH/s you might be getting just 1-2 MH/s for the first GPU and soon it might even stop working.

Normally the rest of the GPUs should take around 3745 MB video memory at the moment according to GPU-Z while the first one about 3890 MB/s and after a bit of mining that number may increase a bit apparently. 8GB RX GPUs do take up a little bit more video memory at the moment apparently, but for them it is not a problem at all, they have more than enough video memory for the moment. What you can do to resolve the problem if you do not with to switch to Linux mining? Well, if your CPU has a built-in GPU and the motherboard can properly use it along with 6-8 or more mining GPUs you can try enabling it and using it as a main video card for Windows and thus free more resources and extend the time you have available for mining Ethereum Classic problem-free. Switching to Lunix-based OS such as Hive OS for instance might also help extending the live of your ETC mining rig with 4GB AMD RX GPUs as Linux generally takes up less resources than Windows.

For the moment Ethereum Classic (ETC) is still leading over Ethereum (ETH) with about 10 DAG Epochs, so the same problem will appear for 4GB mining GPUs that are mining ETH pretty soon as well. For now reduced performance for the first GPU only, or it stopping to mine at all, but not too long after that the 4GB limit would be problematic for all of the video cards with 4GB VRAM as the the DAG size continues to grow. Bitmain has recently addressed a similar issue with their Antminer E3 miners by releasing an updated firmware to free up a bit more memory as these miners also have just 4GB usable memory and thus extend their life for a couple more months for ETC and ETH mining at least.

0Shares
Previous PostThe Crypto Market Just Put In a “Reliable Bottom Signal”: Can We Trust It?Next PostNiceHash and MiningRigRentals With Support for the Handshake (HNS) Algorithm 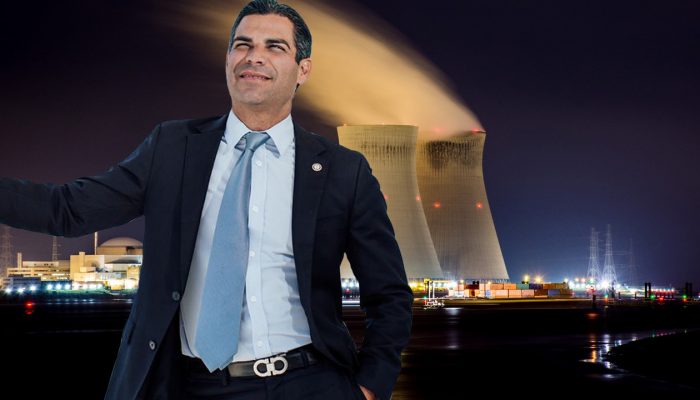 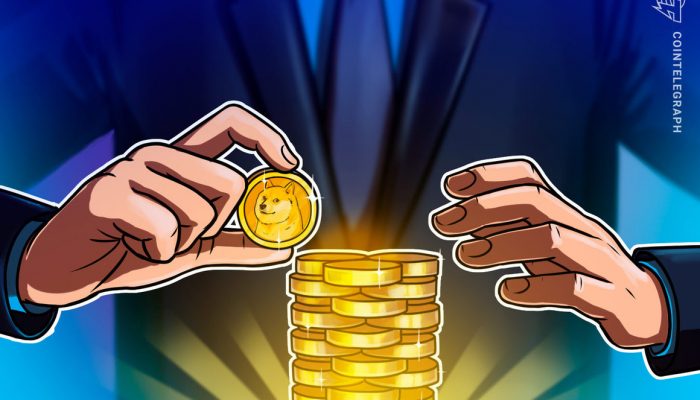