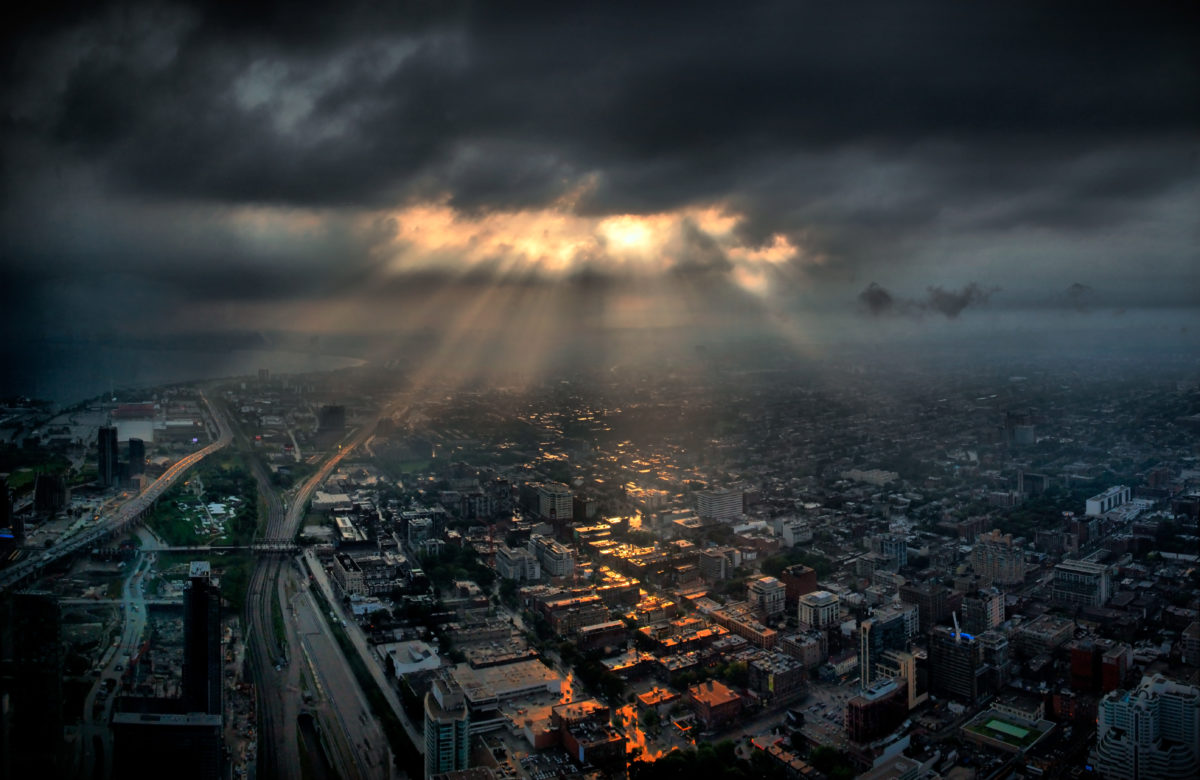 
According to a recent analysis done by Byzantine General, the SuperTrend indicator for the one-week Bitcoin chart has flipped red, meaning bearish, after a multi-month bullish period seen earlier this year.

As the trader illustrated in the chart seen below, the last two times the SuperTrend turned red on the weekly Bitcoin chart led to 80% declines over a number of months, suggesting that something similar can happen here unless bulls step in to save the day.

The fact that the SuperTrend is not bullish implies Bitcoin still has room to drop, which would give credence to theories that the bottom of the recent downturn is not yet in.

Per previous reports from NewsBTC, prominent trader Cold Blooded Shiller notes that Bitcoin is currently in a “markdown from distribution” near the $13,000-$14,000 top, a markdown contained by a descending channel that has existed since the top of the recent bull run.

As it stands, Bitcoin at $7,100 is in the middle of the channel, seemingly in no man’s land, thus not close to a bottom.

“From a volume perspective, there is nothing to me that screams “THIS IS THE BOTTOM.” For both markdowns and markups we typically expect to see “climactic” volume,” Shiller wrote, trying to accentuate that there are no concrete signs the bottom is in for the Bitcoin market.

Thus, the scenario he is expecting to play out can be seen below, which shows that the leading cryptocurrency could return into the low-$5,000s, a range that has been identified by other analysts as a potential macro bottom.

This is what I’d like (and expect to see):

That brings us on to the final piece of information we can use in this set up. pic.twitter.com/6zB4TWnzk0

As a reminder, prominent industry researchers have asserted over the past weeks that Bitcoin’s macro uptrend remains decidedly intact, despite any price action that has taken place or will take place in the coming months.

Philip Swift, the founder of cryptocurrency analytics site LookIntoBitcoin, issued a 10-part thread last week in which he noted that Bitcoin remains bullish from a macro perspective.

He first looked to the fact that the cryptocurrency is holding near its 350-day simple moving average; this is important as the price moving and holding above this moving average “has always indicated the start of Bitcoin bull markets.”

Secondly, he noted that Bitcoin’s Network Momentum indicator, which tracks the movement of coins to determine the usage of the network, has begun to trend higher, bouncing off bear market levels. This is something often seen six to 10 weeks prior to the beginning of a bull market, Swift remarked.

There’s also Hans Hauge of Ikigai Asset Management, who said that with the halving approaching, Deutsche Bank charting an uptick in the adoption of Bitcoin, the U.S. continuing to print money, and much more, there are many reasons to be optimistic about BTC’s long-term prospects in terms of usage and price alike.

Good morning, Bitcoiners! How have you been? In need of some holiday cheer?

Here’s @ahkyee, a director at Visa sharing a report from @DeutscheBank on some wild predictions (including Bitcoin) for 2030. Do I have your attention yet?https://t.co/MNz9bymQnS pic.twitter.com/dQ14wqlafX