By now, most people are somewhat aware of Bitcoin, what it is and all that the cryptocurrency has to offer. However, there is one aspect of Bitcoin that remains a little fuzzy and that is the actual history of Bitcoin. To try and clarify this confusion we have compiled what we do know about its ambiguous history – it’s worth brushing up on it, considering the virtual currency has taken the world by storm, and people are constantly debating about where the future of bitcoin is heading. By knowing a little bit about the history of the coin, you will be able to join in on these conversations and add in your own two cents.

The History Of Bitcoin

Bitcoin has always been mysterious, with questions going as far back as to who created it. In fact, that has been a big question within the sector because the world only knows the pseudonym of the creator: Satoshi Nakamoto.

In 2008, Nakamoto published a paper in which he – or she – detailed the ideas that lay the groundwork for Bitcoins. This was the first appearance of the name Satoshi Nakamoto on the Internet.

Then, in April, as reported by Davis, Nakamoto stated that he – or again, I repeat, she – had “moved on to other things,” which resulted in the creator vanishing in thin air. When I say vanish, I mean all of Nakamoto’s accounts are now inactive, and it appears all of the coins in his/her wallet appear to be unspent.

See what I mean when I say the history is a little fuzzy? To top things off, rumors have surfaced – a number of times, actually – that the ‘creator’ of Bitcoin is actually a group of people, formed by Charles Bry, Vladimir Oksman, and Neal King.

It’s very likely that Bry, Oksman, and King are the brains behind the operation. Why? Because, according to various reports, these three men filed a patent that was related to secure communication two months before the Bitcoin.org domain was purchased. Coincidence? Maybe. But when the world needs answers, sometimes we have to settle for coincidences.

The History Of Bitcoin – The Facts

That being said, it’s not all speculation about the history of bitcoin; we do have some facts:

1) In 2008, someone, under the name of “Satoshi Nakamoto,” posted “Bitcoin: A Peer-to-Peer Electronic Cash System” to a cryptography mailing list. It was then, and through this mailing list, that Hal Finney, a console game developer, found Nakamoto’s proposal for Bitcoin. Finney stated in 2013 that he was engrossed by the idea of having a decentralized digital currency – and now the entire world is too.

2) A couple months later, someone – or someone’s – registered and purchased the Bitcoin.org domain

3) A year later, the very first version of Bitcoin was rolled out, which then commenced the start of Bitcoin mining.

Regardless of who actually invented Bitcoin, whether it was one person or multiple, the fact that remains is that bitcoin probably won’t ever come closing to comparing to a traditional currency – which is a good thing – as it has no central bank and does not require regulatory authority to back it up.

What’s the Purpose of Bitcoin?

There are so many articles out there that describe what Bitcoin is used for, but only a few actually take the time to talk about how the use of Bitcoin relates to the history behind it.

It is crucial to remember that before Bitcoin, payment methods were never this advanced. Essentially, Bitcoin changed the game; it now allows for lower transactions, faster payment, and it is independent of governments. Further, Bitcoin allows individuals to actually own their coins.

Even though the origin of Bitcoin remains a little choppy, one thing we can all agree on is that Bitcoin has changed how the world works in ways that were probably never imagined.

What Does the Future Entail for Cryptocurrency Bitcoin?

There are a lot of skeptics out there, and there are a lot of people out there hoping for Bitcoin to fail. However, the thing to remember is that even though Bitcoin is not 100% a sure thing, and has experienced a number of slumps, it is still a new technology and the ‘next big thing’ so whether or not the price of bitcoin climbs or drops, it’s still probably going to continue to capture the attention of the masses.

So, what does that leave? All I can recommend is you educate yourself on all that is Bitcoin, so whenever something monumental happens, positive or negative, you will be able to formulate an opinion.

0Shares
Previous PostBitcoin Futures And The Bitcoin MarketNext PostBitcoin Facts | 67 Facts About the #1 Cryptocurrency You Need to Know! 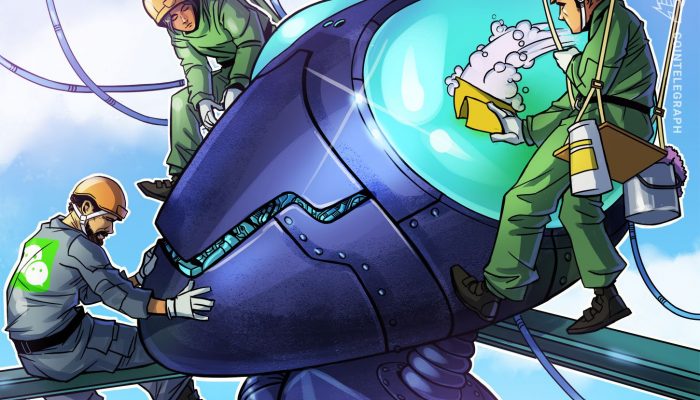 WeChat Invests $70 Billion in Fintech, Including Blockchain and AI Here’s Why Bitcoin Could See a Bloodbath Decline to the $5,000 Region