‘Futures’ are an agreement to buy and sell Bitcoin by a certain date. This is so regulators, in this case, the Commodities Futures and Trade Commission, can oversee anything going on in the market. As Bitcoin itself is not regulated, many people are still hesitant about it, but Bitcoin futures hopes to eliminate that hesitation, and so far it appears to have been successful.

‘Futures’ can help investors to speculate on the price of Bitcoin in the future, and it can also help to control the risk of investing in Bitcoin.

Here’s how this applies to Bitcoin: if any Bitcoin owner believes that Bitcoin prices will fall in the short term, investors can protect themselves against this by selling, or shorting, Bitcoin futures. It can be sold for a price that it is believed Bitcoin will be at further in the future (which is hopefully more than the price predicted for the short term). The seller will then have to buy back what they sold once the predicted time that they sold for arrives, and they will either make or lose money based on what the price is actually at compared to the predicted price.

So, as an example, let’s say that in two months time, Bitcoin is predicted to be at $18,000. Based on Bitcoin futures, a person could choose to sell their Bitcoin at that predicted price. Once the two months have passed, they will have to repurchase what they sold. Let’s say the actual price of Bitcoin in two months time ended up being $16,000, rather than the predicted $18,000. This means that the person has earned $2,000, despite the fact that Bitcoin price dropped.

What happened when Bitcoin futures launched?

When the first iteration of Bitcoin futures officially launched on December 10, 2017, it went crazy, so crazy in fact that the Chicago Board Options Exchange (CBOE) had to temporarily stop the bidding in order to restore some calm. The Bitcoin price jumped as much as 26% when Bitcoin futures first launched.

The CBOE initially started with three bitcoin futures, one to expire in January, one in February, and one set for expiration in March.

There are also those that believe that Bitcoin futures will make it easier to short Bitcoin, namely big-time Wall Street institutions such as J.P. Morgan. This idea, however, has led to even greater debate.

Why won’t shorting be the best move for Wall Street?

Most people have credited Wall Street institutions with the plan to short Bitcoin for the near term, meaning that they’ll sell Bitcoin based on the predictions of the futures, and then earn a profit by buying it back at a cheaper price. However, others believe that this won’t actually end up working for them, that there won’t be any profits to be earned from shorting because the predictions about future Bitcoin price will be wrong.

The argument behind this is that the Bitcoin price surge is occurring not because of the announcements relating to Bitcoin (such as the launch of a bitcoin future), but as a result of Bitcoin itself. Those supporting this argument believe that Bitcoin has entrenched itself well enough in the mainstream market that it can survive on its own. In other words, people don’t need something like a bitcoin futures agreement to buy Bitcoin; they were already interested in buying it and so the demand for Bitcoin is coming from the people themselves, not from the news generated about Bitcoin.

By this reasoning, Bitcoin price is going to rise on its own, and it’s going to continue rising. To have the price rely on news means that slower news days would result in a lower Bitcoin price; however, if the price of Bitcoin is actually reliant purely on Bitcoin and its integrated demand, then the price will continue to rise so long as the demand is still there. If that’s the case, anybody who shorts on Bitcoin may find themselves losing money. The only way you can earn money off of shorting on something is if that something’s price is less than what is predicted. But if the Bitcoin price rises and rises, then shorters will actually end up losing money because they will have to buy their Bitcoin back at a higher price than they sold it for – which completely defeats the purpose.

Under this argument, it doesn’t make sense for Wall Street institutions to short on Bitcoin. Why risk losing the money? If and when Bitcoin continues to rise in price, it seems far more likely that Wall Street will want to properly invest in Bitcoin and earn some money, rather than wasting their time (and potential cash) by shorting on it. After all, wouldn’t they want to take advantage of all the exploding interest in Bitcoin? Wouldn’t they want to make money off that interest? 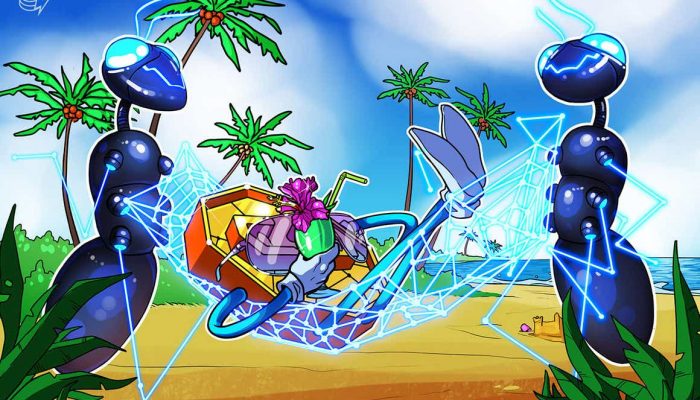