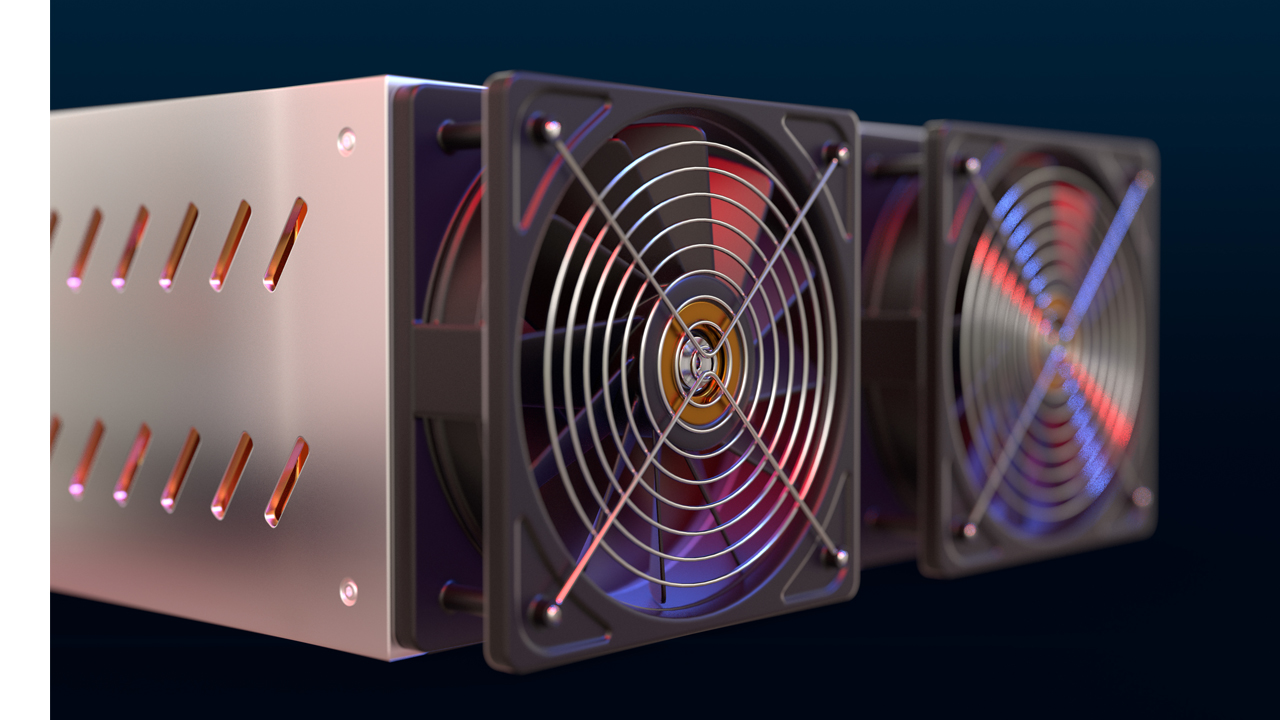 It’s been approximately 37 days since the notorious Bitcoin reward halving that took place on Monday, May 11, 2020. On June 16, the Bitcoin network saw a large upwards difficulty adjustment making it much harder to mine bitcoins and slowing down the issuance rate because block generation has slowed down. Furthermore, a recent research report predicts the SHA256 ASIC mining industry will grow more consolidated in the future.

One of the most lucrative but also one of the most competitive operations in the crypto industry is bitcoin mining. Thousands of individuals and organizations worldwide leverage application-specific integrated circuit (ASIC) or custom chips to mine bitcoins using the SHA256 consensus algorithm.

When more people join in on mining, the overall hashrate rises but every two weeks, the difficulty adjustment algorithm (DAA) makes it harder to mine. On the opposite side of the spectrum, if miners capitulate and leave the Bitcoin network, then the DAA will adjust downward making it easier to mine bitcoins. On June 16, 2020, the Bitcoin (BTC) network saw a large upward difficulty adjustment to a height of 15.784T at block height 635,040.

This makes the block generation slow down if even more miners leave the network before the next difficulty adjustment. At the time of writing, there are 15 mining pools hashing away at the BTC network and F2pool is still the most dominant pool with 21.3% of the network’s hash rate. 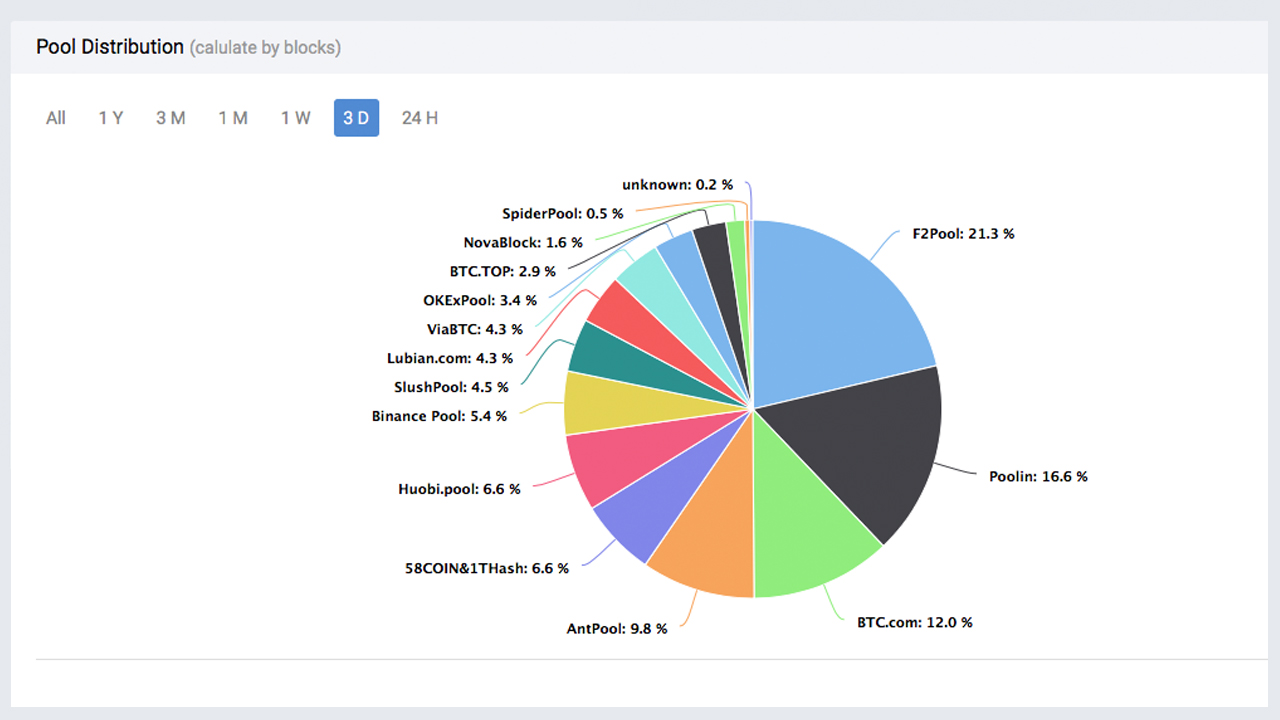 F2pool is followed by Poolin, Btc.com, Antpool, 58coin, Huobi, Binance, Slush, Lubian, Viabtc, Okex, Btc.top, Novablock, Spiderpool, and a few unknown pools. The number of pools since the halving has diminished by at least 40% since the May 11 Bitcoin halving. A report published on June 16, by Bitmex Research discusses the topic of “ASIC supremacy.”

The Bitmex researcher’s findings suggest the mining industry will consolidate even more so than today. “Further industry consolidation is likely in both the ASIC manufacturing sector and mining farm operating sector,” Bitmex Research wrote. The analysts also “ “think it is likely that only 2 to 3 players will survive into the longer term,” as far as mining operations are concerned. The researchers also discuss the top four China-based mining rig manufacturers — Bitmain, Microbt, Canaan, and Ebang. 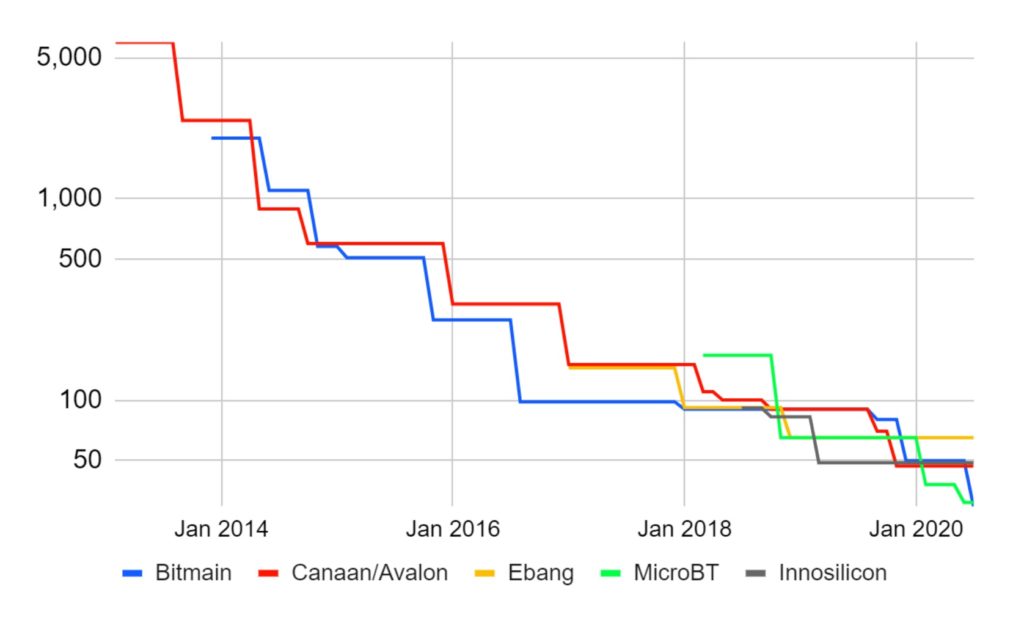 “Today competition is increasing, with strong products from new players like Microbt gaining traction and eating into Bitmain’s lead,” the report highlights. “Microbt’s 2019 share is believed to have been around 35%. However, Bitmain remains the number one player and a force to be reckoned with.” Based on the Bitmex Research study, the findings note five predictions which include:

‘More and More Mining Operations Moving Out of China’

On June 17, Bitcoin (BTC) network hashrate has jumped to 120 exahash per second despite the upward difficultly adjustment. The regional reporter from China, Vincent He, explained on Wednesday that miners in the region are mining bitcoins as a side operation rather than a full-scale venture these days. The 8btc columnist interviewed a small mining farm operator Mr. Huang who said that mining side ventures are more of a hassle than a “relaxing choice.”

“For a small miner like me, just invest in to pay the electricity bill, and wait for the profits, even for large miners in the future,” Mr. Huang disclosed. 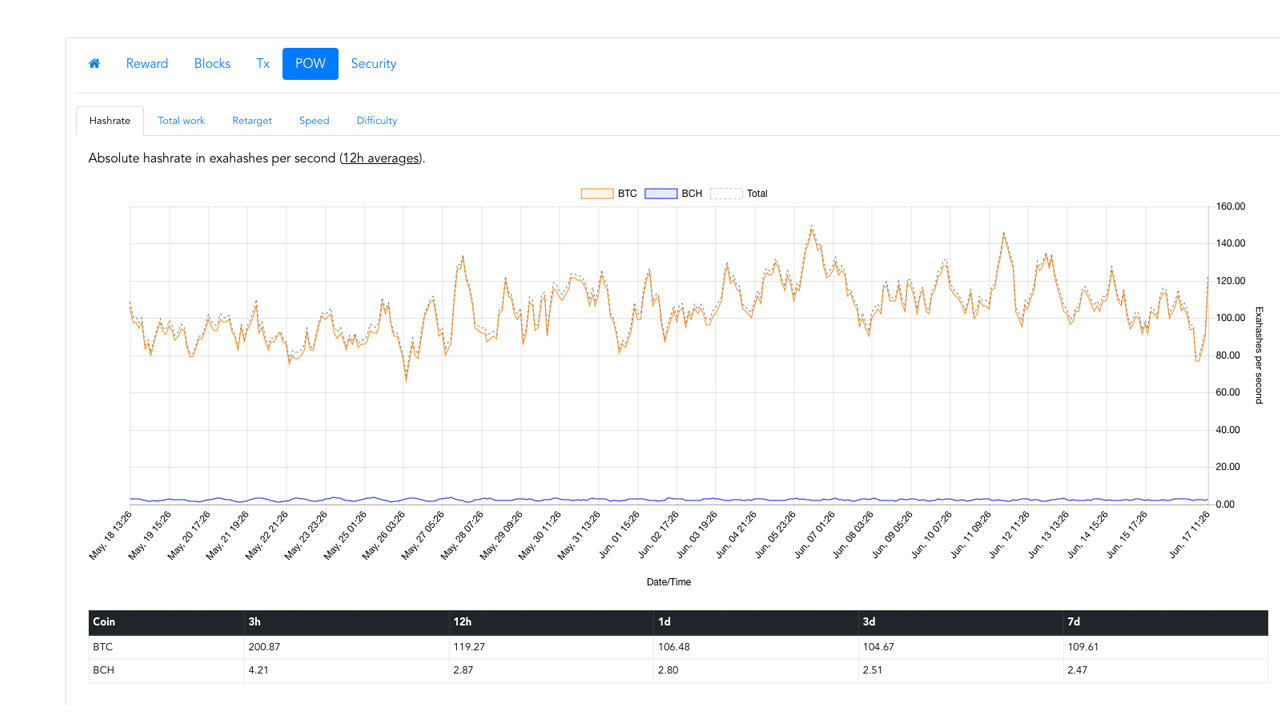 Essentially, the higher difficulty will hurt smaller operations which makes it so miners have a thin profit margin and need to sell bitcoins as soon as they acquire them. Moreover, mining operations are seemingly moving west and leaving concentrated areas like China. In the report published on Tuesday, Microbt marketing manager Elsa Zhao, said that shipments are moving out of the region at an exponential pace.

“[Our] customer base is moving more and more out of China,” Elsa Zhao stressed. “Since the halving, the return on investment period is growing, it is now much longer than six months, based on the current difficulty and price. At the same time, the average customer size is now growing considerably, customers are now larger funds, and no longer small businesses or individuals,” she added.

What do you think about the Bitcoin network’s higher difficulty adjustment and the predicted consolidation of mining operations? Let us know in the comments below.