The number of bitcoin ATM locations has been growing rapidly amid nationwide lockdowns and the coronavirus crisis. With hundreds of new machines added each month, there are now more than 7,700 bitcoin ATMs spread all over the world. A new bitcoin ATM operator also installed its first bitcoin machines in April.

Many bitcoin automatic teller machines (ATMs) were installed across the globe in the month of April despite nationwide lockdowns, rising numbers of covid-19 cases, and global economic crisis. According to the bitcoin ATM tracking website Coinatmradar.com, there are now 7,729 cryptocurrency ATMs in 72 countries. Moreover, there are also 148,849 services allowing people to buy (and sell) cryptocurrencies, such as newspaper and mall kiosks.

After the U.S., Canada comes second with 771 bitcoin ATM locations, followed by the U.K. with 296 locations, Austria with 145 locations, Spain with 84 locations, Switzerland with 83 locations, and the Czech Republic with 69 locations. In Canada, the cities with the most bitcoin ATMs are Toronto (249), Montreal (110), and Vancouver (87). Germany, which started regulating bitcoin ATM businesses early this year, now has 34 machines, according to Coinatmradar. One machine is in Berlin, one in Munich, and three in Frankfurt. In March, German financial regulator BaFin shut down unauthorized bitcoin ATMs in the country.

At the beginning of April, there were 7,384 cryptocurrency ATMs, the tracking website details. During the month, 435 machines were added and 69 were closed down, leaving a net increase of 366 ATMs, or a 5% increase from the previous month. Most of the new bitcoin ATMs — 351 machines — were installed in the U.S., followed by Canada with 12 more machines. Austria, Australia, and Vietnam got two more ATMs each. Slovakia, Hungary, and Slovenia got one more machine each. Meanwhile, one machine was removed from Germany, Mexico, and Malta while the U.K. lost three machines. A number of countries in Asia also have bitcoin ATMs, according to the tracking website. For example, Hong Kong has 57 bitcoin ATM locations, Taiwan has 10 machines, Singapore has eight bitcoin ATMs, Vietnam has six, the Philippines has four, and Thailand has two.

The number of bitcoin ATMs has grown 21% since the beginning of the year. According to Coinatmradar, there were 6,377 machines at the beginning of January. The month saw an increase of 328 bitcoin ATMs. February started with 6,665 machines and 339 others were added during the month. March began with 7,010 machines and 376 were added during the month as the International Monetary Fund (IMF) declared a global recession. In addition, several indicators have shown that the U.S. entered into a recession in mid-March.

There are currently 560 bitcoin ATM operators and 42 producers. Out of all 7,729 bitcoin ATMs, Genesis Coin tops the producer chart with its machines installed in 2,570 locations, followed by General Bytes with 2,283 locations, Bitaccess with 692 locations, Lamassu with 482 locations, and Coinsource with 400 locations. With the rising popularity of bitcoin ATMs, more businesses also want to host them on their premises.

During April, most of the cryptocurrency ATMs installed were Genesis Coin machines (155 ATMs). The next most-installed machines were Bitaccess with 91 new ATMs, followed by General Bytes with 72 ATMs. Meanwhile, six Chainbytes machines were removed in April.

If you are trying to find the bitcoin ATM nearest to you, the Coinatmradar website provides a map showing where all bitcoin ATMs are in the world. It also gives you the option to view only one-way (buy only) machines or two-way (buy and sell) as well as select to view only the machines supporting specific coins, such as BTC, BCH, ETH, DASH, LTC, ZEC, XMR, and DOGE. In addition, all bitcoin ATM locations are listed by city and country so you can look up all the bitcoin machines near you.

What do you think about the recent surge in bitcoin ATM locations worldwide? Let us know in the comments section below. 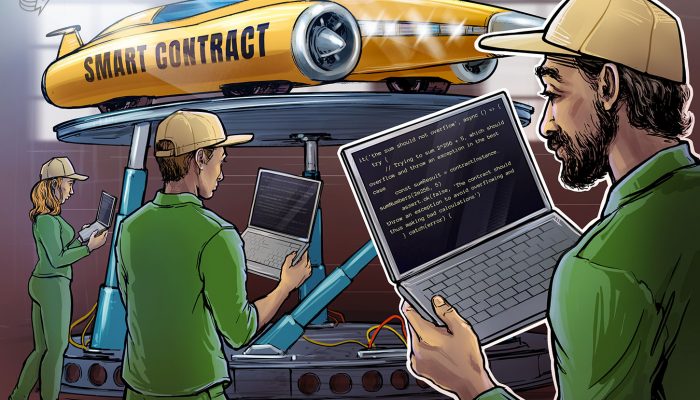 Smart Contract Adoption by Enterprises About to Take Off Bitcoin Transactions: New High for Argentina as Confidence in the Peso Tanks