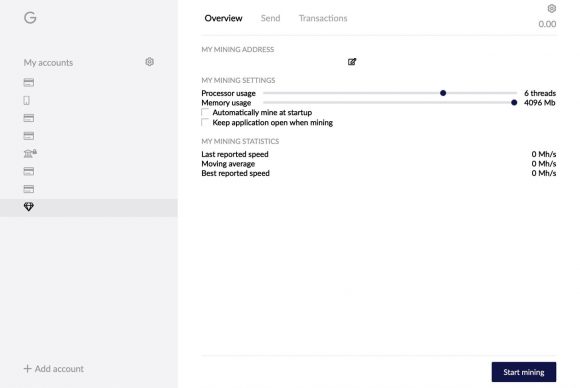 The Gulden (NLG) crypto project, an older one available for a few years already originally based on Scrypt Proof of Work algorithm, has switched the mining algorithm. Their new PoW algorithm targeted at CPU mining is called SIGMA and is designed to be ASIC/GPU resistant. The goal of the algorithm switch is to also attract new miners and users for the project as there hasn’t been much development for Scrypt mining for quite some time and mining hasn’t been largely become unattractive for a lot of users not having ASICs and cheap electricity.

SIGMA or Semi Iterated Global Memory Argon is a new and unique algorithm developed for NLG. The algorithm is designed to require more memory, making it impractical for implementation by ASICs rising the price, but not entirely impossible. It is also complicated to make fast hashing parallel on GPUs to achieve much faster performance than on CPU, so CPU mining for now is the only option for mining Gulden coins. It seems that CPU mining is getting a lot more attention lately with RandomX as well and other algorithms like SIGMA.

Moving back to CPU mining means that everyone with a low, or mid to high-end CPU will be able to mine new NLG coins, for the moment there is no pool mining for SIGMA and NLG. Mining is SOLO and done through the official local wallet, so for mining you need to download the latest version and you need to update it anyway if you had some Gulden coins stored in a wallet prior the fork. So make sure you update to the latest available version as there have been some fixes in the last few days after the fork happened on October 16th that fix issues.

0Shares
Previous PostTraditional Law and Finance Can Adapt to Bitcoin, These Examples ShowNext PostCourt Postpones TON Hearing Till February, Impatient Investors May Get 77% Back