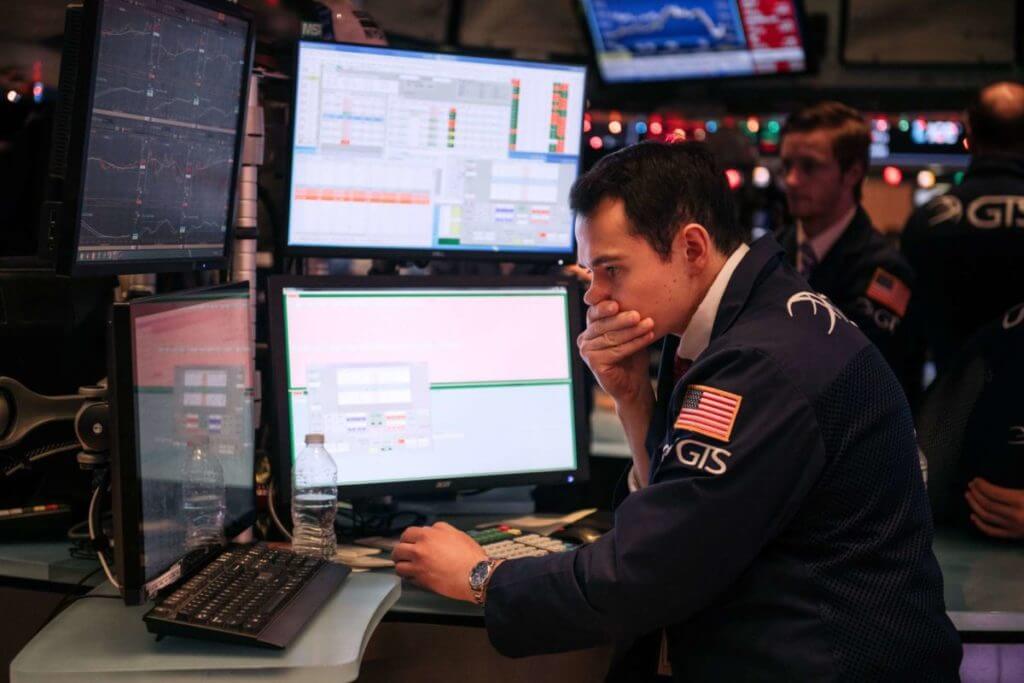 It’s hardly surprising after the U.S. reported its first death in Washington State, and cases in Italy skyrocketed once again. Adding to the woes, Washington state is investigating a break-out in the hundreds of people.

All three of the major U.S. stock market index futures fell over 3% at the open of trade. The Nasdaq, S&P 500 and Dow Jones all reversed most of their late gains on Friday afternoon.

Oil dove to a 90 day low below the $44 handle. The price of gold, meanwhile, rose slightly at the open of trade.

It has been a weekend full of negative headlines for the Dow, as the global spread of the coronavirus outside of China continued to accelerate.

The most significant of these may have been the enormous 50% spike in Italian cases. The U.K announced 13 more cases, and PM Bris Johnson stated that it will “likely spread a bit more.” Additionally, Scotland and the Czech Republic announced their first cases.

After the first U.S. death from the illness, one of Donald Trump’s task force, Dr. Anthony Fauci, confirmed to Fox News that the coronavirus is “clearly more lethal” than the common flu. He also voiced concerns about community spread in the U.S.

These comments don’t mix with the pro-stock market tone that Donald Trump initially took. If Fauci is not reprimanded, this might demonstrate a shift that the administration is taking things more seriously.

Fauci made these comments as reports broke of the first case in Rhode Island, and two more in Washington, the location of the first U.S. fatality.

Airline stocks could also be in for a rough week. The United Airlines (NASDAQ:UAL) CEO stated over the weekend that his company would likely have to cancel more flights as demand for travel craters.

China released some genuinely frightening PMIs on Saturday. They demonstrated an incredible collapse in its manufacturing, non-manufacturing, and composite PMIs.

Many expected a reading in the mid-40s, but they fell as low as 29.

Trying to piece together the outlook, economists at Nordea FX provided the following macro take:

If authorities manage to contain the situation, then risk appetite will return – possibly with a vengeance – already within a short couple of weeks. But for now the situation remains too fluid to make that call. It might even be that the negative economic effects from containment efforts will prompt a new recession, which might arguably prompt much more downside to risk appetite than what we have seen already. The Chinese PMI this weekend definitely left a bitter or even recessionary taste in our mouths.

It’s not just Nordea who’s worried about the R-word. Ed Hyman, Chairman of Evercore ISI and one of Wall Street’s most respected economists, agrees. He slashed his GDP expectations for the United States to zero for the second and third quarters.

This is not great news for a shaky Dow Jones.

On top of everything, Dow futures may have been most spooked by Bloomberg’s report that the hugely leveraged Chinese economy is giving lee-way to bad loans. Given the serious down-stream consequences of such actions, it’s hard to put faith in China’s economic “rebound”.

With vast amounts of economic stimulus expected from most of the G10 central banks, the potential for huge volatility is rising. Hopefully, coronavirus cases level out. If not, be prepared for a wild ride.

Disclaimer: This article represents the author’s opinion and should not be considered investment or trading advice from CCN.com.

0Shares
Previous PostBitcoin Is Soon to “Take Off” Towards $100,000Next PostArgentina Suspends Blockchain System to Register Companies Online