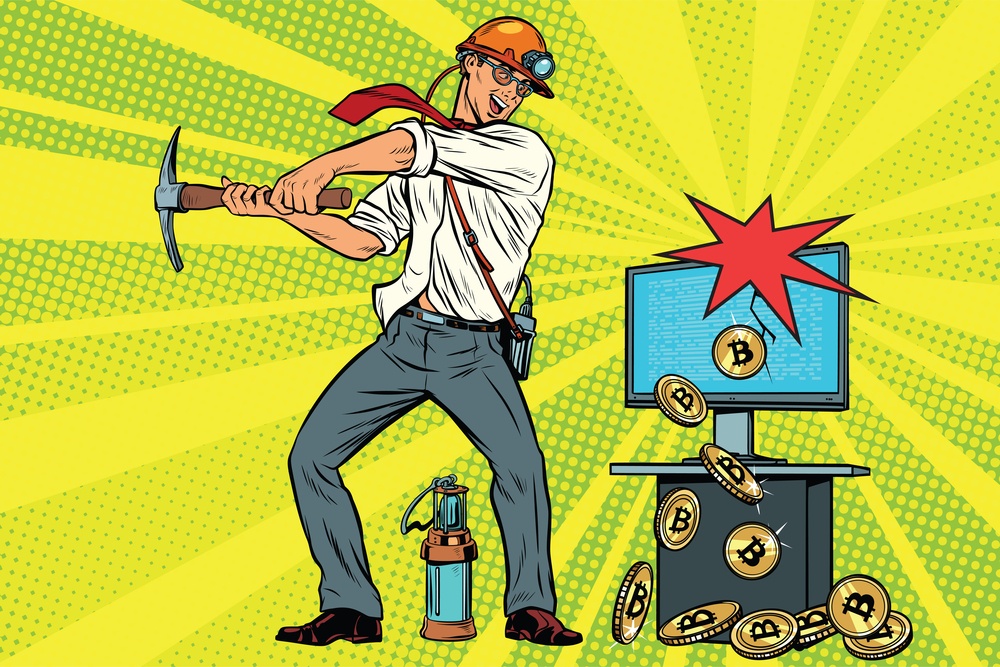 
Bitcoin presents a common-sense notion that’s surprisingly radical to many fully-grown adults: Once it’s gone, you can’t have any more of it.

As commodities go, it acts more like a rare metal than a technology – hence its comparison to gold.

The Sun posted a mildly alarmist headline this morning, pointing out that over 85% of the Bitcoin supply has already been “mined.” The article itself, however, by Henry Pettit, was more informational than you might expect from such an outlet.

Mining is the process of generating Bitcoins via a consensus and cryptographic hashing algorithm. It is a costly and competitive endeavor which potentially pays you every 10 minutes.

To the winner goes the block, along with its reward and any fees paid by those sending transactions.

Bitcoin and the vast majority of its offspring have a fixed supply schedule. Some latter-day cryptos like Monero have already planned for infinite inflation in the form of “tail” emissions – eventually, a very small of XMR will be the fixed reward, forever.

“Others are less optimistic, and argue that a recent value boom fed by Facebook’s announcement that it is creating its own cryptocurrency will taper off by 2020.”

The “others” he refers to aren’t directly cited anywhere in the article.

Plenty of other analysts see the Facebook effect very differently, as CCN reported.

Having less Bitcoin does not mean there will be less money. It can very well mean the opposite.

What’s unclear at press time is whether the long-term plans pursued by companies such as Blockstream will actually work or not. It is for this reason that even the most knowledgeable people in the world on the subject, such as storied developer Luke-Jr, will still occasionally talk about Bitcoin “failing.”

Limited Supply Is A Feature, Not A Bug

There are a number of ways Bitcoin could fail.

The least likely reasons will be technical. Bitcoin’s worst trials have primarily been the result of human emotions. There are simply too many examples. Occasionally in the crypto journalism industry, we refer to the never-ending drama as “Crypto TMZ.” Not to be confused with Crypto Twitter Magazine, the burgeoning webcast.

People like former IBM blockchain chief Jesse Lund foresee a day when a single satoshi might equal a dollar. You may wonder what happens to the satoshi then, now that it’s too valuable for some transactions. That’s simple: we add more decimals.

Computers can deal with a lot of decimals.

So, should you be worried about a rapidly declining supply of BTC?

No. If you were unable to buy it, it would have no value. A dollar in BTC will always be $1 in BTC, the number just changes from day to day. It’s not much different than the exchange rates of foreign currencies constantly fluctuating.

So relax, dear reader, and sound off in the comments.

Disclaimer: The views expressed in the article are solely those of the author and do not represent those of, nor should they be attributed to, CCN.