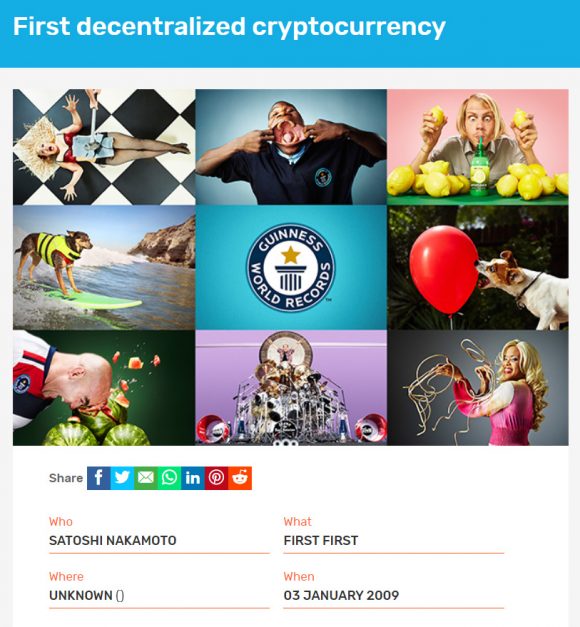 Another first for crypto and Bitcoin (BTC), now an official world record as Bitcoin has been officially added to the Guinness Book of World Records as the first decentralized cryptocurrency.

The first decentralized cryptocurrency was Bitcoin, which was described in a white paper published online by “Satoshi Nakamoto” on 18 August 2008. A working implementation of the concept was completed by 3 January 2009, when Nakamoto mined the first block on the blockchain, and the open-source client was released to the public on 9 January 2009.

– More on the Bitcoin’s addition to the Guinness Book of World Records….