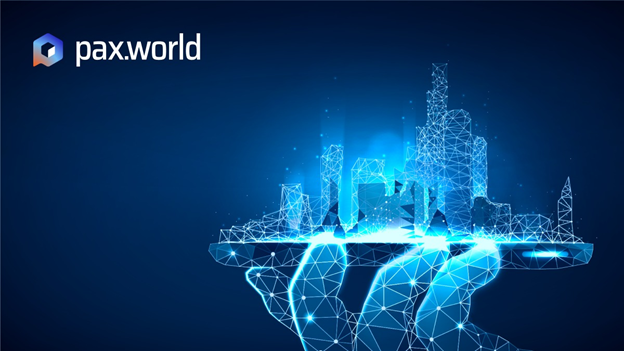 
Four elements are essential for a metaverse world to take root and thrive, experts say: immersive realism, access and identity, interoperability and scalability. Achieving them without altering the laws of physics requires complex technology and financial tradeoffs. Take a quick spin through a few emerging metaverses and it will be easy to spot what their creators prioritized and what they had to sacrifice.

Such tradeoffs are virtually invisible at pax.world. Its creator, Frank Fitzgerald, has spent years working through the issues from every angle and optimizing pax.world for all four parameters. And he’s eager to show the world what his five-year head start and stubborn refusal to accept that anything is impossible has enabled.

Pax.world, which launches in the summer of 2022, is so highly evolved that some of the best, most imaginative minds on Earth are flocking for a sneak preview.

One of those great minds is Thomas Sevcik, the world-renowned architect and city planner.

Sevcik, the CEO of Arthesia, works with businesses and governments around the globe, usually on vast projects. With a passion for the metaverse, creation and architecture, he wanted to talk about pax.world. Here’s a recap of his comments.

When asked about his career in innovation, Sevcik said, “I created early versions of the metaverse – in my quite real sandbox and on paper doing my own maps of imaginary land and cities. From there on it was easy”

“I’m lucky enough to be an entrepreneur as well as being involved in many outstanding international projects. Some are very large, like creating entire urban districts in many parts of the world, while others are exciting like branding worlds and experiences. Some are unique, private cities and contrarian investments come to mind.”

The conversation moved to crypto, metaverse and Sevcik’s involvement in the financial revolution.

“In the early days, I sort of watched from the sidelines. I’m keen on questions surrounding sovereignty, special zones and alternative governance ideas, so I looked at it from that angle.

“I personally got into crypto rather early on and I’m glad I did.”

On the metaverse. Sevcik noted, “It’s a logical development, right? Humans are naturally curious creatures who expand their horizons constantly and then want more.”

“A metaverse isn’t un-real or inhumane. In fact, it’s deeply human and totally real, creating worlds and experiences on a new level. Utopian and pragmatic at the same time.”

Sevcik’s view is a unique and humanistic outlook on the metaverse. He argues that the metaverse is an opportunity to celebrate the human experience, through pax.world, in ways not possible in the real world.

Pax.world isn’t just ready to be used, but it’s ready to innovate upon the physical world, he said. As Secvik puts it, learning in the metaverse holds the extraordinary potential to improve many of the societal challenges people are struggling against in the real world.

“Narrative around spatial planning, the idea of ‘quality and uniqueness’, for instance, immediately gets explored when working in the metaverse.”

He’s convinced that pax.world is nothing less than the dawn of a new age of discovery for humanity.

“It’s so much more than just wanting to build land. It actually means repositioning cities, companies and organizations.”

“I’m already working on immense real-world projects explicitly linked or augmented with vectors, dimensions, extensions into or with the metaverse.”

Sevcik is certain the pax.world project is ready and exactly the right vehicle to transport his progressive ideas.

Pax.world, with a realistic style based on reality, low system requirements (it can be accessed with a $300 Chromebook), a complex ecosystem with unparalleled possibilities and a growing community-driven world, fulfills the areas of progress.

Pax.world’s team of creators are thrilled that Thomas Sevcik and his team are on board and will soon introduce other great minds and skilled creators who are slated to join the pax.world family. Look for pax.world this summer. It won’t be hard to miss.