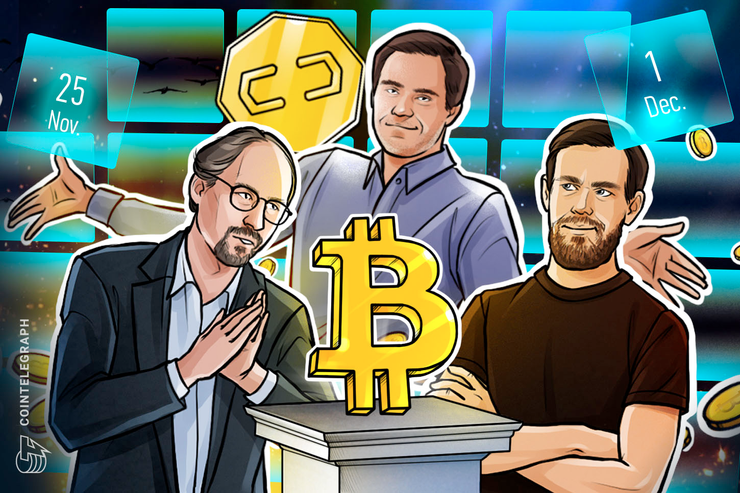 
Coming every Sunday, Hodler’s Digest will help you track every single important news story that happened this week. The best (and worst) quotes, adoption and regulation highlights, leading coins, predictions and much more — a week on Cointelegraph in one link.

Another week, another hack — leaving us all with a distinct sense of déjà vu. On Wednesday, the major South Korean crypto exchange Upbit confirmed that a whopping 342,000 Ether (ETH) had been stolen from its hot wallet — funds worth an estimated $50 million at the time of writing. The company stopped short of describing the incident as a hack and said that all remaining crypto assets have since been moved into cold storage. Deposits and withdrawals are going to be suspended for at least two weeks, and Upbit said corporate funds will be used to protect user assets. In recent days, rumors have been swirling that the incident could have been an inside job.

Despite taking a hardline stance on crypto, India has announced that it is working on a national blockchain strategy to accelerate the technology’s adoption. Officials believe that blockchain could transform a plethora of sectors, including governance, banking, finance and cybersecurity. Several Indian states have already been drawing up policies relating to blockchain and artificial intelligence, including Tamil Nadu and Telangana. This month, hopes were raised in the crypto community after a controversial bill that proposes a 10-year jail term for those caught dealing in digital currencies was postponed, with lawmakers failing to introduce it during the winter session of parliament.

It’s been a bad month for Chinese crypto exchanges. In November, at least five platforms have either decided to halt operations temporarily or close up shop altogether. Bitsoda and Akdex brought the shutters down within 24 hours of each other, while Idax announced domestic clients will no longer be able to use its service. Btuex also made moves to suspend services immediately, with the company directly linking this decision to government policy. Biss was the first exchange to fall silent back on Nov. 4 — and since then, it’s been reported that 10 suspects have been arrested in connection with that exchange. All of this comes amid fears that Beijing is doubling down on its anti-crypto stance.

China isn’t the only one threatening to take a hardline stance on crypto. Reports this week also suggested that Russia is planning to ban cryptocurrencies from being used to purchase goods and services. Such a proposal would be a massive setback for countless Russian programmers, designers and copywriters who receive their freelance salaries in BTC and ETH. It is believed that Moscow is concerned about crime, with a senior Ministry of Finance official recently saying: “We do not see any basis for cryptocurrencies to be used as a means of payment.”

After completing a tour of the continent, with stops in Nigeria and Ghana, Jack Dorsey has boldly predicted that “Africa will define the future” — especially when it comes to Bitcoin (BTC). The renowned tech entrepreneur, who is the brains behind Twitter and Square, is a huge supporter of crypto. Dorsey said he is planning to return to Africa in 2020, with a plan to spend up to six months on the continent. His enthusiasm comes as interest in BTC continues to build — especially in Lagos, Nigeria’s most populous city. In other news this week, Ghana announced it is exploring the benefits of issuing a central bank digital currency. It remains unclear when such a project would launch and whether it would be based on blockchain. 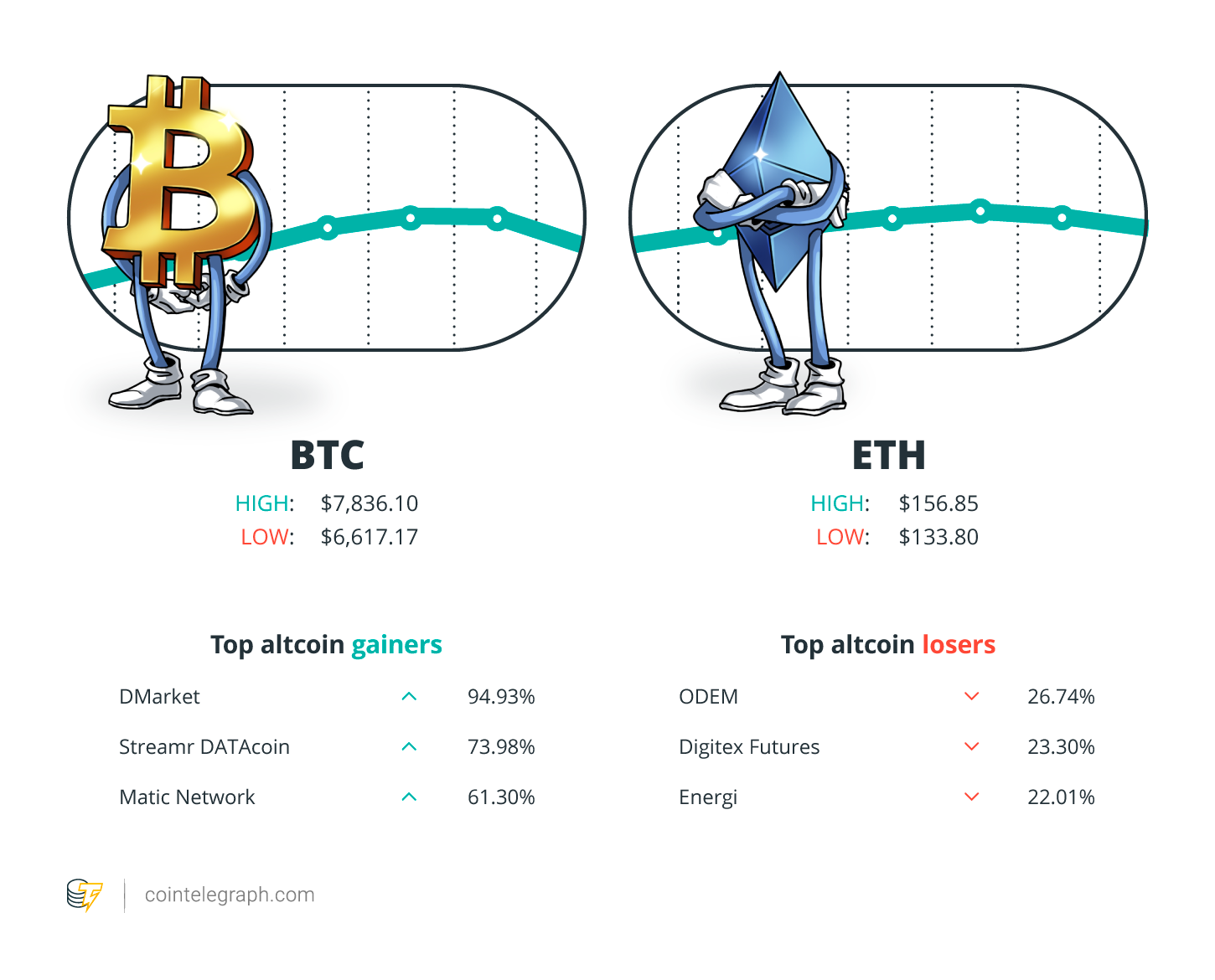 For more info on crypto prices, make sure to read Cointelegraph’s market analysis.

“Africa will define the future (especially the bitcoin one!)”

“There are a lot of voices from the Bitcoin community saying that most of the mining is done with green energy and that it’s not high impact.”

“The ability to save wealth in bitcoin will bring millions of people out of debt.”

“Beside memorising the pass phrase I also wrote it down in a book. Then now when I keyed in the pass phrase it doesn’t generate the address where I’ve sent 1800 btc to.”

“If they [institutional investors] faced a situation of a renewed Bitcoin bubble and they continued to take a contrarian position against the market, they’d be throwing fiat into a black hole.”

“Nothing is above Bitcoin, no CBDC, no stablecoins.” 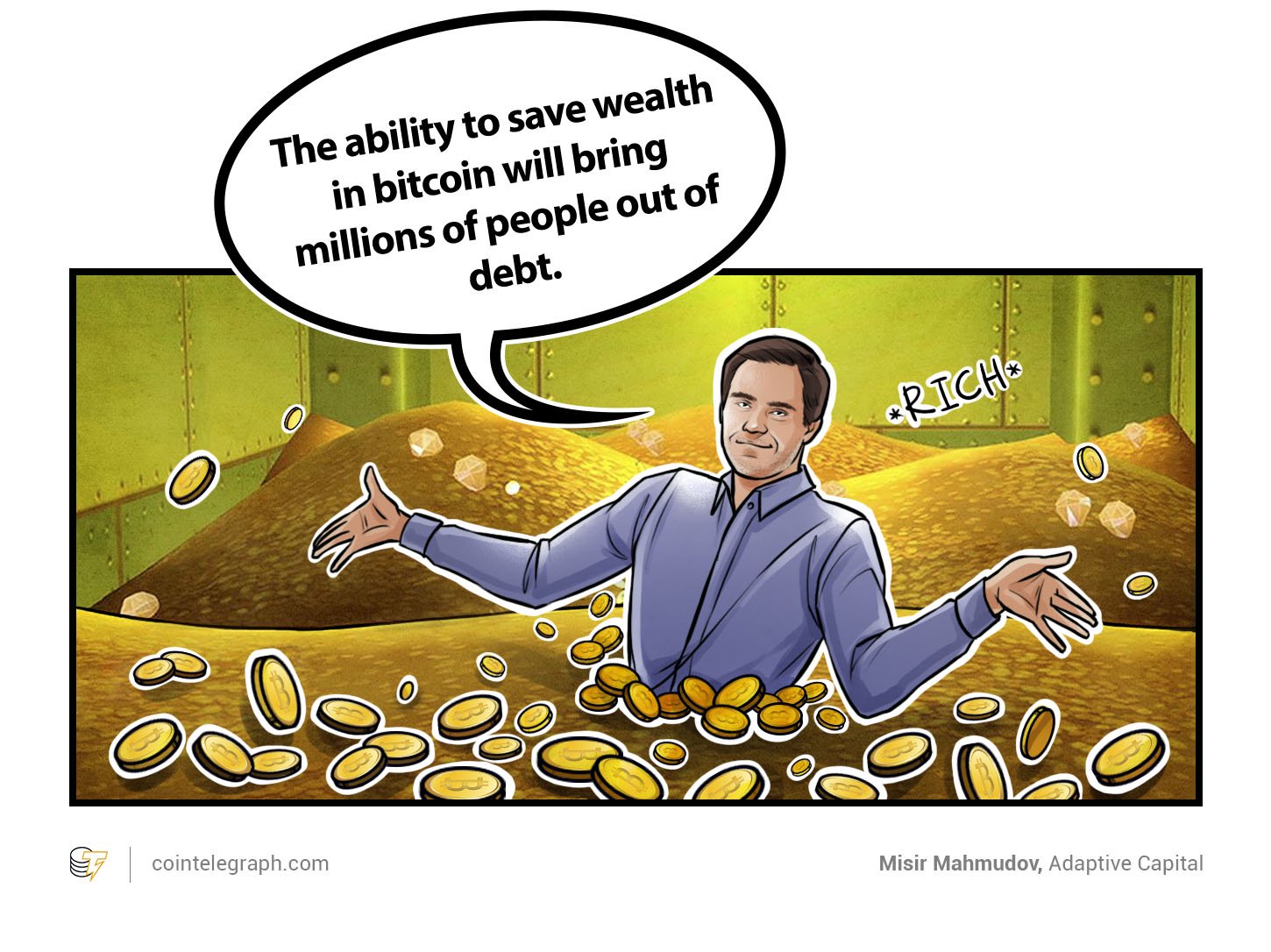 Prediction of the Week

As Bitcoin continues to languish in the mid-$7,000s, some analysts are optimistic that a bounce-back could be on the cards. PlanB has suggested that BTC could return to five-figure territory before 2020 — a surge that would involve the world’s dominant cryptocurrency rising by more than a third. Before you raise your eyebrows and dismiss this as an outlandish prediction, it’s worth remembering that BTC soared by a whopping 42% in a single day back in October — the second-biggest daily gain of all time. Not all analysts agree with PlanB’s rosy prediction. Another statistician, Willy Woo, forecast “a bearish December to test new lows” unless BTC managed to close the month above $8,300.

FUD of the Week

New research suggests cybercriminals have been distributing a Monero (XMR) crypto mining module via the popular video-sharing website YouTube. According to Eset, a major antivirus software supplier, the malware is a marked departure from the click fraud, ad injection and password stealing attacks that Stantinko botnet operators were known for before. It is believed that approximately 500,000 devices have been infected to date. YouTube said it has since removed every channel that contained traces of Stantinko’s code.

Now here’s a FUD that’ll make you wince. A Bitcoin investor claimed they have lost access to funds worth almost $13 million because they failed to record the passphrase for their wallet. The Reddit user said a balance of 1,800 BTC is out of reach. They were apparently using something known as a “brain wallet” — a form of Bitcoin storage that often does away with physical and digital records of passphrases. Instead, users create a password that is easy to recall but difficult to crack. As compelling a story as it might be, some are skeptical as to whether it’s actually true. One moderator, who has marked the tale as likely fake, said: “Why is it called a ‘brain’ wallet when anyone with an actual brain would never do something so stupid? The story is so dumb I assume it is not real.”

A former executive at a digital marketing firm in Hollywood is in hot water after admitting to embezzling $22 million from his employer to buy digital currency, gamble and cover personal expenses. Dennis Blieden was working for StyleHaul Inc. at the time, an agency that represents “influencers” on social networks. Over a four-year period, he stole $1.2 million to write personal checks to poker players, $1.1 million to pay off credit cards and $8.4 million to transfer to crypto accounts. Blieden is now facing a statutory maximum sentence of 22 years in federal prison. 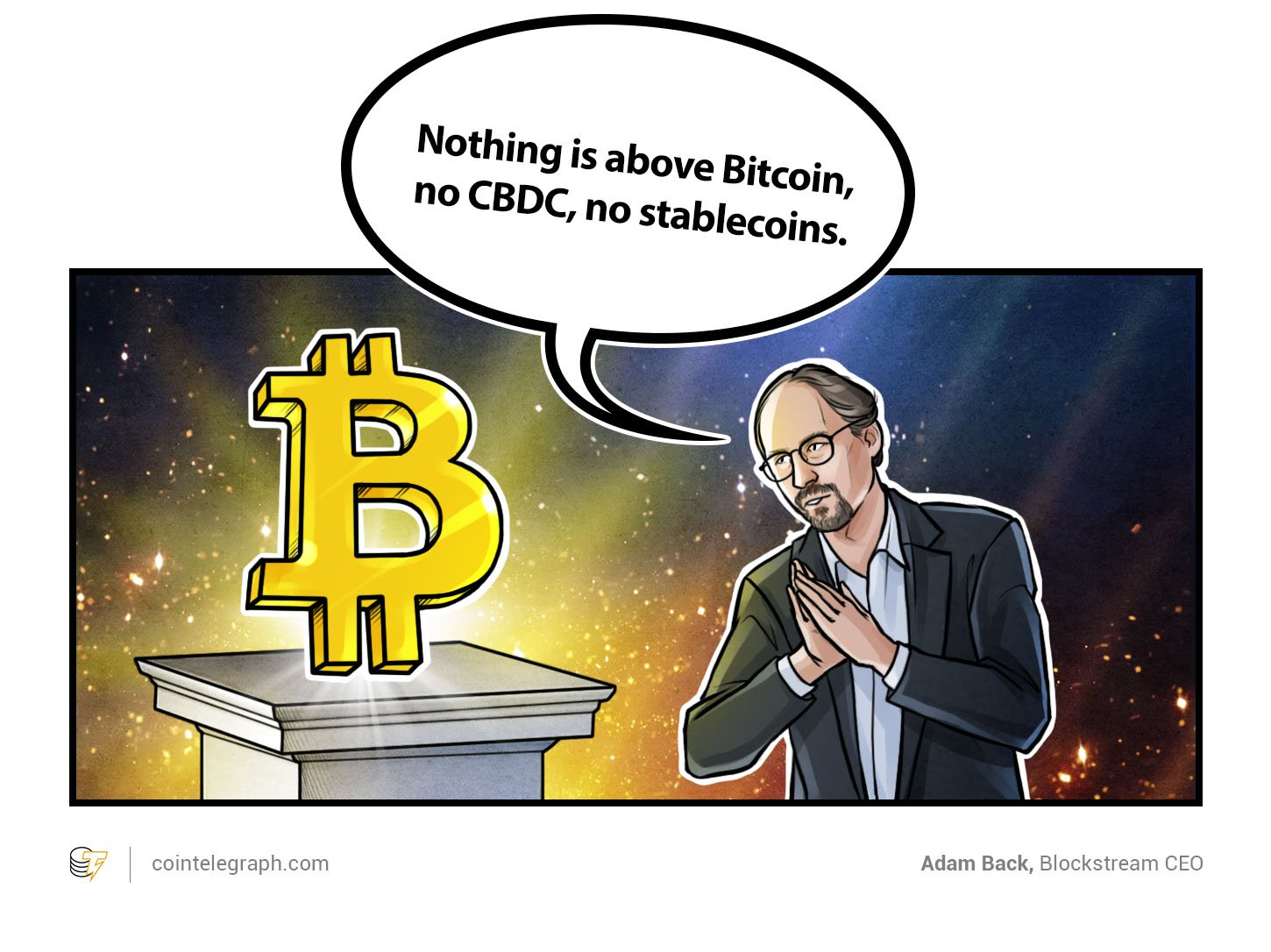 Brazil, Russia, India, China and South Africa — collectively known as the BRICS economic bloc — are exploring whether they should issue cross-national digital money to reduce their dependence on the United States. Julia Magas has more.

Blockstream CEO: “Nothing is above Bitcoin, no CBDC, no stablecoins”

In an exclusive interview with Cointelegraph, Blockstream CEO Adam Back said stablecoins and other coins issued by central banks will never be above Bitcoin. Here’s Cassio Gusson.

Here’s where to spend crypto online this Black Friday

It’s one of the biggest events in retail: Black Friday. But where can crypto enthusiasts spend their coins and get their hands on the latest bargains? Aubrey Hansen takes a look.