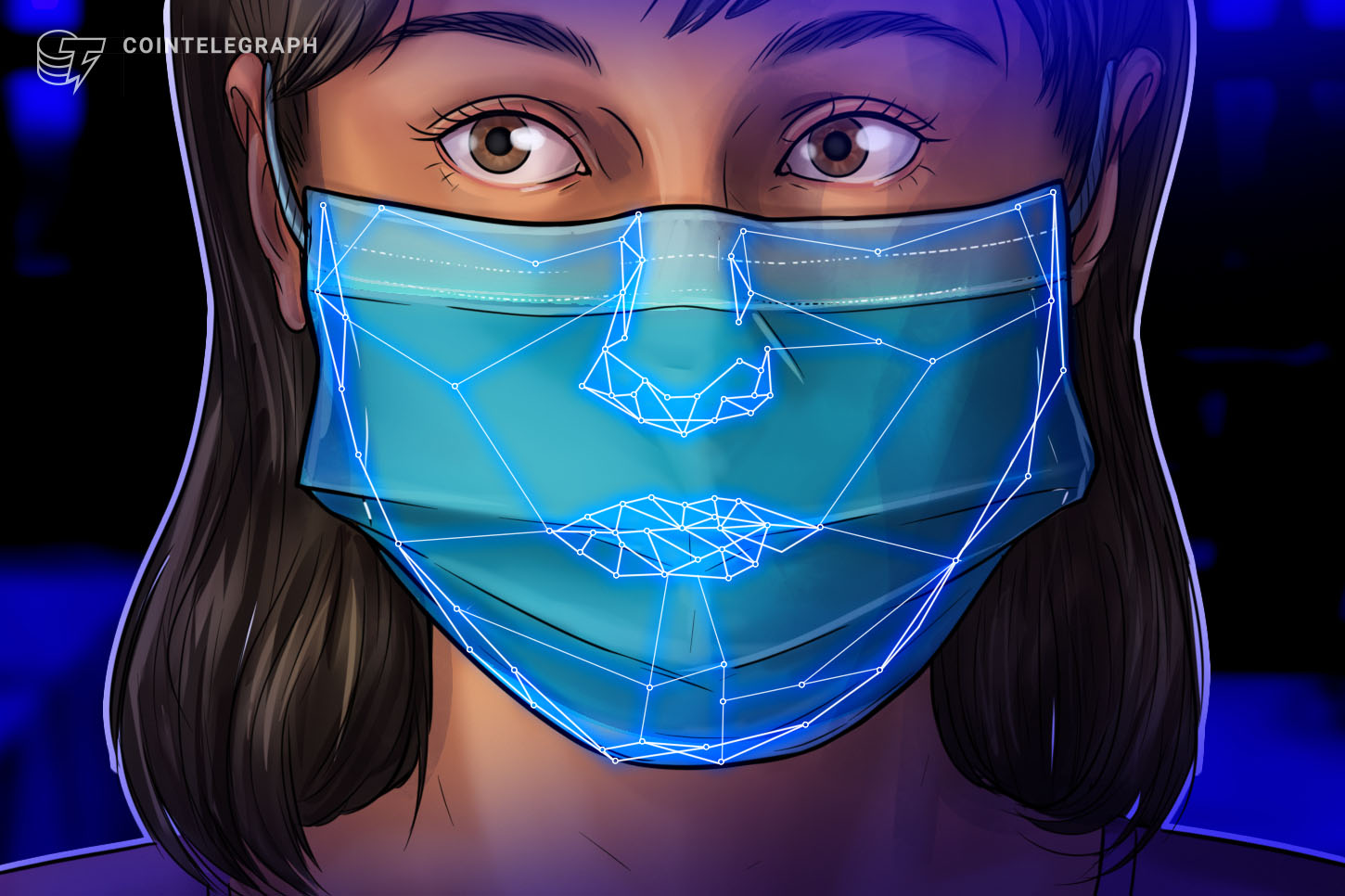 
On Nov. 9, drugmaker Pfizer announced that its COVID-19 vaccine is 90-plus percent effective, and even though it may be premature to proclaim the pandemic’s end — as the virus continues to rage in the United States and Europe — once can at least speculate: Where will blockchain adoption stand when the crisis abates?

Some predicted, after all, that the global healthcare upheaval might provide a perfect storm for worldwide blockchain adoption. A Harvard Business Review article from April titled “How the Pandemic Is Pushing Blockchain Forward,” for instance, notes:

“The virus has revealed the weaknesses in our supply chains, our inability to deploy resources where they are most needed to address the pandemic. […] Blockchain solutions that have been under development for years have been repurposed and unleashed to address these challenges.”

Will decentralization go on?

The world was moving toward a more decentralized economic structure even before the coronavirus pandemic, but the crisis — with its shortages of reliable masks, ventilators and drugs; travel bans and remote-working protocols; contact-tracing initiatives, etc. — has arguably accelerated the process, and this should continue after the pandemic wanes.

A survey of 12,500 Americans conducted between May and October, for instance, finds that “20 percent of all full work days will be supplied from home after the pandemic ends,” compared with only 5% before the COVID-19 cataclysm. Working from home will “stick,” according to the researchers, because the stigma attached to remote working has vanished, it saves commuting time, and many employees really like it — at least for part of the workweek.

“This [decentralization] trend will continue after the pandemic,” Philipp Sandner, head of the Frankfurt School Blockchain Center at the Frankfurt School of Finance & Management, told Cointelegraph, adding: “The present pandemic situation has shown us how valuable and efficient decentralization can be — allowing us to increase our resilience to unforeseen events while at the same time often improving operational efficiency.”

Following up with Cointelegraph about the current situation, Zetlin-Jones said that he still anticipates more decentralization after the COVID-19 pandemic ends. “I expect many sectors of the economy to continue to seek out ways to become better diversified against global shocks like a pandemic.” He added: “Whether this diversification occurs through decentralization or a few centralized actors increasing their level of diversification remains to be seen.” Furthermore, according to him, blockchain can play a role in all this:

“To the extent that blockchain offers one way to achieve this diversification, by decentralizing enforcement of a shared database or ledger, I remain optimistic that it will play a role in the economy going forward.”

Others are more ambivalent, however. Hanna Halaburda, associate professor at New York University’s Stern School of Business, told Cointelegraph that “Blockchain has not delivered as much as hoped” during the pandemic. “It largely failed as a contact tracing solution: It was too slow, adoption was cumbersome, and it achieved no critical mass.” IBM’s blockchain-based COVID-19 tracking solution, for one, came up short, according to her. “The best contact tracing solutions were not blockchain-based,” she added.

Still, technologies such as Zoom, the teleconferencing app whose use became mandatory for many people working from home, skyrocketed during the crisis, and this could have a spillover effect, making individuals and businesses more open-minded vis-a-vis new technologies, she admitted.

A role in capturing health information?

In his recent book The Pandemic Information Gap: The Brutal Economics of COVID-19, Joshua Gans, professor of strategic management at the University of Toronto, argues that blockchain technology could be used to verify whether people have been tested for infection as well as when or how they have been vaccinated against viruses. “I think governments are still struggling to determine this,” he told Cointelegraph. “The problem is that they are relying on centralized databases. Will those be secure and scalable enough? It is hard to say right now.” As Gans further outlined for Cointelegraph:

“Blockchain technology lowers the cost of verification — being able to confirm that something happened to many people. Post-pandemic it may play a role in security given there is more remote work. But it could have a broader impact if it is used to capture health information in a trusted way — which is something we need more of.”

Earlier this year, the Helmholtz Centre for Infection Research in Germany began issuing vaccination certificates to individuals who had recovered from COVID-19, whose subsequent immunity could, “for example, allow them to be exempt from any (lockdown-related) restrictions on their work,” according to Gerard Krause, an epidemiologist at the center. This is the sort of project that could be made more effective if it ran on a blockchain platform, in Gans’ view.

Will equipment be delivered — and will it work?

Meanwhile, hospitals and governments attempting to make emergency equipment purchases during the pandemic have sometimes been burned. “Governments that do not have expertise in purchasing protective equipment buy it from companies with which no trading relationship exists,” noted a Massachusetts Institute of Technology researcher in a recent blog, adding: “Upon delivery, it turns out that the goods are faulty or even counterfeit.”

The Austrian Red Cross, for instance, ordered 20 million respiratory masks from a manufacturer in China, but the delivered masks were different from those ordered, and many never arrived at all. A tamper-free, append-only distributed ledger might have ensured that the goods weren’t swapped in transit, the MIT blog post suggests.

“If there were any lingering doubts over the value of blockchain platforms to improve the transparency of businesses that depend on the seamless integration of disparate networks, COVID-19 has all but wiped them away,” wrote Mariam Obaid AlMuhairi, project manager at the Centre for the Fourth Industrial Revolution UAE at the Dubai Future Foundation, in a World Economic Forum blog post in May. She added that the healthcare crisis can be viewed as a learning experience, demonstrating “how to build transparent, inter-operable and connective networks.”

The technology may not yet be as versatile as some had hoped, though. In a recent study on commercial uses of blockchain, Halaburda and her colleague Yannis Bakos looked at 150 “announced” blockchain projects. Only a small portion of these (10% to 15%) had been implemented as of March, and of those executed, almost all involved either supply chain management, certification or payments, suggesting the scope of commercial blockchain technology remains narrow.

Local supply chains did get a big boost during the crisis, acknowledged Halaburda, but it’s also reasonable to expect that after the pandemic subsides, things might revert back to being closer to where they were before the crisis. Durable goods, for instance, may still be manufactured in low-cost countries. Some of the benefits of localized production, such as not having to wait for personal protective equipment to arrive from thousands of miles away, may be forgotten in four or five years.

Still, even if blockchain has disappointed in some areas, like contact tracing, it continues to offer powerful benefits — including transparency, interoperability and immutability — that could bolster supply chains in future crises. The technology could be useful in shipping medicines from pharmaceutical companies to pandemic-devastated regions, for example, or making “movement permits” more workable in locked-down regions, as the WEF blog post suggests.

Even Halaburda saw a silver lining amid the present darkness. “The pandemic has forced companies to adopt more technology solutions, and businesses recognize the need to adopt new technologies, including blockchain,” she told Cointelegraph.