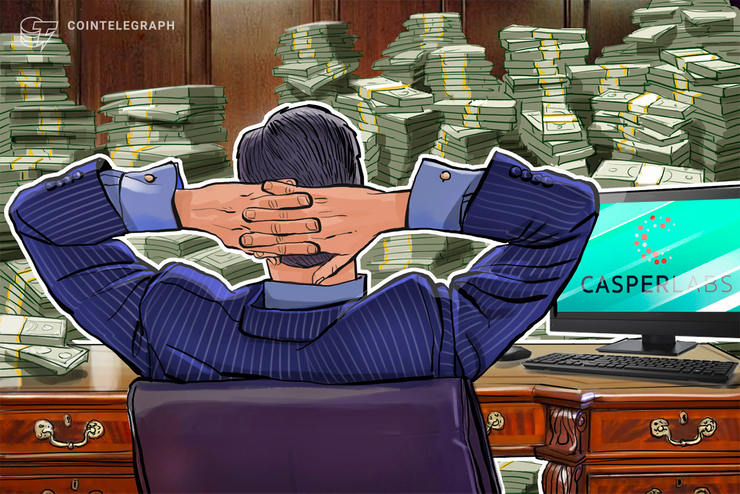 
Blockchain company CasperLabs announced it has raised $14.5 million in a series A funding round led by Terren Piezer, an International financier and chairman of Los Angeles-based investment company, Acuitas Group Holdings.

In a press release shared with Cointelegraph on Sept. 10, the Blockchain protocol research and development company CasperLabs announced the results of the series A funding round led by Terry Piezer, also known as the “Zelig of Wall Street,” through his personal holding company, Acuitas Group Holdings.

CasperLabs, a company that is trying to develop the so-called correct-by-construction Casper Proof-of-Stake Ethereum (ETH) consensus algorithm, will allocate the newly invested funds into further development of its products and hiring of new engineers.

Mrinal Manohar, CEO of ADAPtive Holdings Ltd., parent company of CasperLabs, said that they are humbled by the enthusiasm and financial support for its Series A from leading traditional and blockchain investors to build enterprise-grade, decentralized blockchain infrastructure. He noted:

“We look forward to delivering several interesting technical updates in the coming months and welcome any and all feedback via our open source code repository on Github.”

Terren Piezer echoed similar sentiments when he said that he has been waiting for a company that can build the strength and decentralized aspects of a public chain with the speed, security, and scalability of a next-gen platform, adding:

“Scalability of a product and company is the leading driver of value creation. Consistently, the most proficiently scalable company becomes the industry leader.”

Cointelegraph reported in February that CasperLabs had appointed Ethereum Foundation researcher Vlad Zamfir as lead consensus protocol architect. Zamfir infamously stated in March 2017 that Ethereum is not safe, scalable and is an immature technology, while urging the community to not rely on it for critical applications when it’s avoidable.