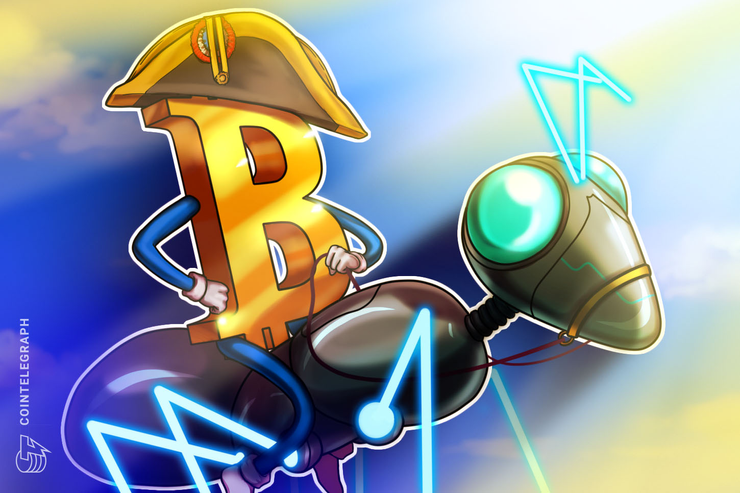 There are mixed indicators regarding the current progress or stalling of blockchain adoption throughout the enterprise world. Research has indicated that investments have dropped by over half over the last year, contrary to other research showing a growing sentiment toward the vitality of blockchain adoption as an innovative technology.

For example, Research by CB Insights in 2019 indicates that there may be a separation between corporate adoption and corporate investments into blockchain companies. As reported previously by Cointelegraph, blockchain investments have dropped by up to 60% since 2018. However, this decline does not seem to have affected the positive outlook of many executives on the technology, with many showing not only support but a clear understanding of the necessity to adopt blockchain technology in order to stay competitive.

In 2018, PwC conducted a survey of 600 high-level executives in regard to their views on blockchain technology. The research provided some insightful results with some surprising twists. Clearly, blockchain is here to stay and has a very real global presence within enterprise. Most notably, 84% of respondents indicated that their organizations’ processes involve varying degrees of blockchain technology, but at least 25% said their project is either live or in pilot testing.

Research conducted by Deloitte supports this data, with the belief that blockchain has a compelling business case growing among executives — from 74% in 2018 to 83% in 2019. In fact, four out of every five respondents of the 1,400 surveyed indicated that the enterprises around them are either already looking into blockchain technology or already implementing it. How has the state of blockchain adoption in enterprise developed since the initial hype of 2017, and what projections can be understood from the results of these surveys?

Although the executives surveyed by PwC confirmed that blockchain surpasses the existing boundaries of many industries, 46% of respondents indicated that financial services are the most advanced industry in blockchain development. Less than one in five believe industrial products and manufacturing to be leading the development.

Marta Piekarska-Geater, director of ecosystem at Hyperledger, has also seen a shift from the  initial hype around cryptocurrencies to real-world application in enterprise. She explained to Cointelegraph:

“Now is the time for any organization that wants to help shape the role of blockchain and the DLT technology at play in their business and their industry to get involved. Bitcoin made blockchain mainstream and brought the hype to the field. Now the hype is passing, and we are observing how enterprises are looking at real life solutions using blockchain.”

Additionally, according to Gartner, 82% of reported blockchain use cases were within the financial sector in 2017. This indicates that, although the industry may have been one of the first to adopt blockchain en masse, the potential of blockchain has been realized by a much wider spread of industries for real use cases.

“Blockchains are useful for many types of use cases; basically wherever there is value in decentralizing trust and creating immutable records that no specific person or entity can alter. Money is a great first use case, but other ones include financial products, derivatives, gambling, interoperable gaming, voting, personal information (such as ID or health records), etc. However, sound money is *such* an important use case that it is justifiable for many companies and much of the crypto/blockchain industry to focus purely on this specific application.”

However, research by the Aelf network, an enterprise-ready blockchain platform, indicates that the supply and logistics industry is ahead of financial services in blockchain development. Over 900 companies were identified as having a relationship with blockchain technology, more than 30% of which belong to the supply and logistics industry, compared to less than 25% in the financial industry. This shows a potential disconnect between executives and development across industries.

Coming as no surprise, PwC’s survey revealed that the two regions considered as leaders of this emerging technology were the United States and China. Additionally, the results indicate that blockchain development in China is expected to grow rapidly, overtaking that of the U.S. as confidence in the U.S.’s ability to lead the industry could be waning due to the overall regulatory uncertainty regarding crypto and blockchain.

Related: Why Is the US Not Yet a Leader in Crypto Regulation? Experts Answer

In an unexpected twist, Australia placed third as the most popular region, with such a position expected to be consolidated over the next five years. More surprisingly, South Korea was not included in the top-eight blockchain leaders.

The top challenge — as seen by almost half of the Deloitte respondents (48%) — continues to revolve around uncertain regulations, although this concern appears to have reduced in 2019, according to Deloitte’s survey.

In regard to other complications, the underlying theme across both the PwC and Deloitte surveys appears to revolve around sensitive data and intellectual property — as well as a lack of trust between users. In fact, this concern appears to have grown in 2019, according to Deloitte, demonstrated by a 20% growth in respondents concerned about the sensitivity of competitive information. 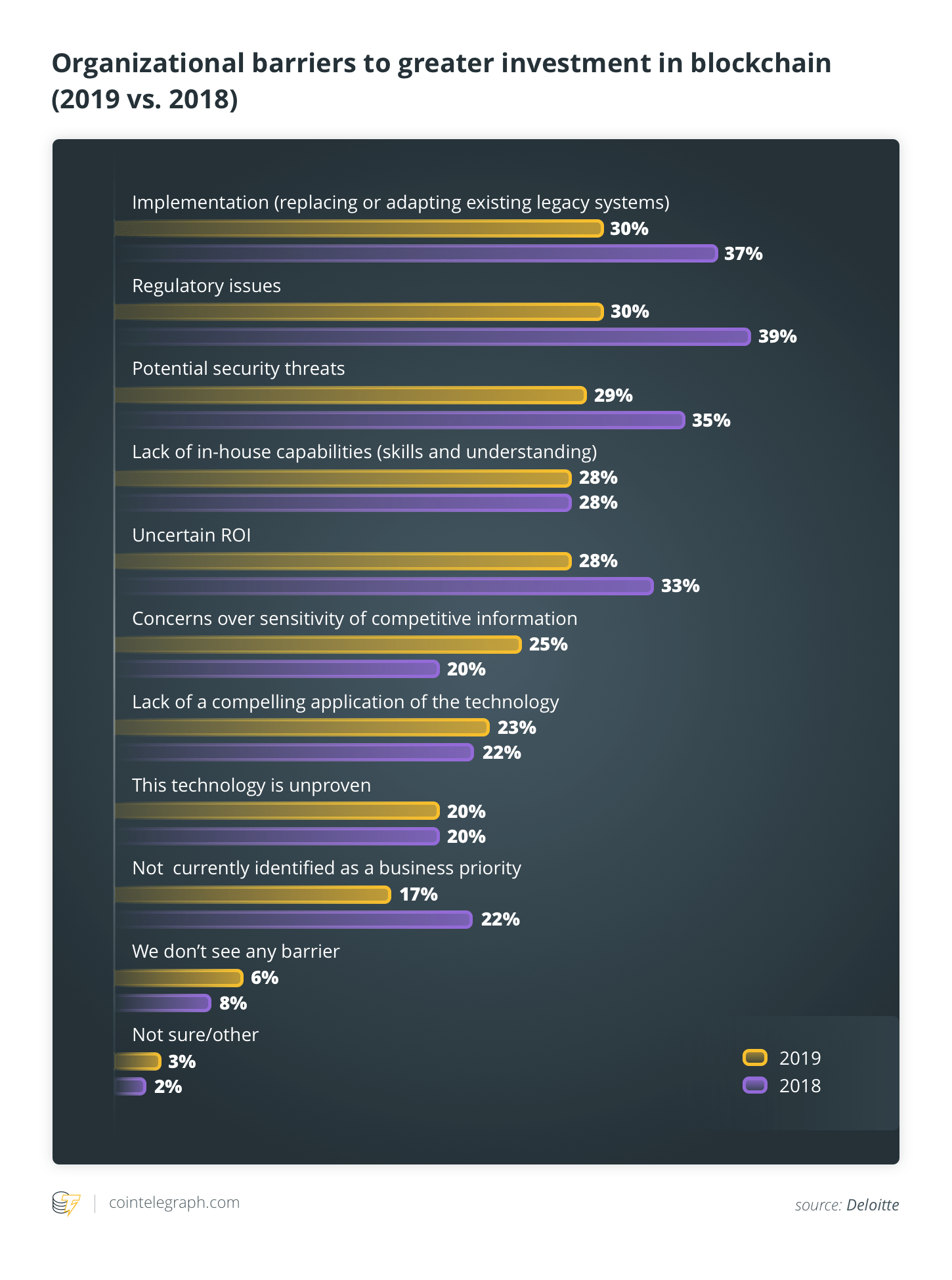 This issue of trust seems to be counterintuitive to blockchain technology, as one of the fundamentals of blockchain is to create a trustless environment. However, many companies have identified that there are still many intersections that require a strong basis of trust.

Blockchain adoption is harder than expected

According to a CB Insights report published by Bloomberg on July 18, 2019, the support drawn by companies in the blockchain space in 2019 is set to drop by around 60% in regard non-Bitcoin-related projects when compared to 2018 numbers. The total investments for 2019 are expected to hit $1.6 billion — down from the total of $4.1 billion in 2018. Piekarska-Geater provided her opinion on the decrease in investments:

“The decrease in investment is part of the innovation cycle. We are past sticking blockchain into everything (remember the company which saw a massive jump in their market value after adding ‘blockchain’ to its name?) and reaching the stage of cool-headed, balanced evaluation of technology. Developing products and solutions takes much longer and is much more complicated than building POCs, which were basis for getting the funding.”

There is a possibility that the drop in blockchain adoption could simply be the effect of a delayed corporate response to the hype seen in the second quarter of 2017. As Pekarska-Geater mentioned:

“Additionally, last year saw the rise and fall of ICOs and, with those gone, we are back to more traditional methods of investment. However, this also hints at the maturity of the technology. More and more frameworks are reaching the status of being ‘production ready,’ and blockchain networks are more advanced than single node experiments. Many of Hyperledger members have actual live products using our technology.”

Previously, Reuters had reported on a blockchain adoption study, with over half of the respondents (primarily from the fintech industry) overwhelmingly indicating that blockchain adoption proved more challenging than expected. This indicates that many projects will either be delayed or take several months or years at least before completion and implementation.

Related: 10 Things to Track With Blockchain

Samson Mow from Blockstream explained to Cointelegraph that, although people from many different industries are conducting blockchain proof-of-concepts, they should take care to confirm their reasoning behind using blockchain, saying:

“They should first ask themselves how they plan to secure their blockchain, and if by securing it they plan to just preventing anyone from accessing it — then they may as well use a database. To an end user, what is the difference if they cannot run a node and verify?”

Voorhees believes that each use case is different, and blockchains should be used only when they are needed. He told Cointelegraph:

Another — less popular — view regarding the drop in investment is that the numbers don’t tell the real truth. As knowledge of the technology is increasing and enterprises are understanding not only application but also development requirements, there is less demand to outsource research and development of enterprise-specific use cases, and that work is now being done in-house. This would indicate that, although investments in blockchain companies has dropped, development has in fact held strong.

Further hiding the impact of the numbers is the fact that many startups in 2018 have now established themselves — and require little to no investment to continue the development and application of the technology. As startups mature, they tend to rely less on external investments, instead developing sustainable funding methods of their own.

Established enterprises are the biggest client of future blockchain platforms, not the end user

It goes without saying that the majority of enterprises across all industries could not only benefit from implementing a blockchain solution, but are aware of the benefits and have started to take action toward this end. The industry is starting to see more established enterprises move from R&D into application development.

The Australian Stock Exchange, or ASX, is developing a new upgrade to its main platform, called Chess, through blockchain-focused development company Digital Assets. This project, although well into development since the 2016 prototype, is still not expected to be fully launched before 2021. The Chess computer system will be available to thousands of organizations and brokers that are registered users on the platform, but the application will be managed and run by the ASX.

IBM, in conjunction with Walmart, has implemented a supply chain app called Food Trust and has onboarded numerous global clients across the industry, including in the U.S., Europe and Australia.

Related: Walmart’s Foray Into Blockchain, How Is the Technology Used?

Visa has launched Visa B2B Connect, a blockchain-inspired network facilitating cross-border payments. The network has incorporated elements from Hyperledger and was developed in collaboration with IBM.

Dozens of decentralized applications, or DApps, are being developed and launched across industries but have seen limited adoption. In order for true adoption to occur, it is becoming more evident that it needs to be driven through enterprises and commercial blockchain adoption. With the addition of enterprise support, end users and (ultimately) global adoption will develop naturally. 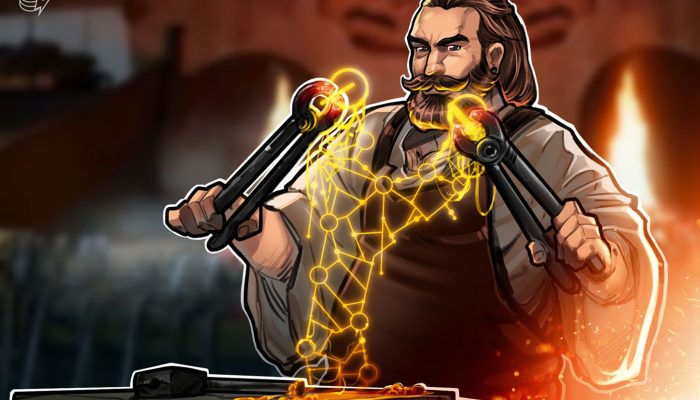 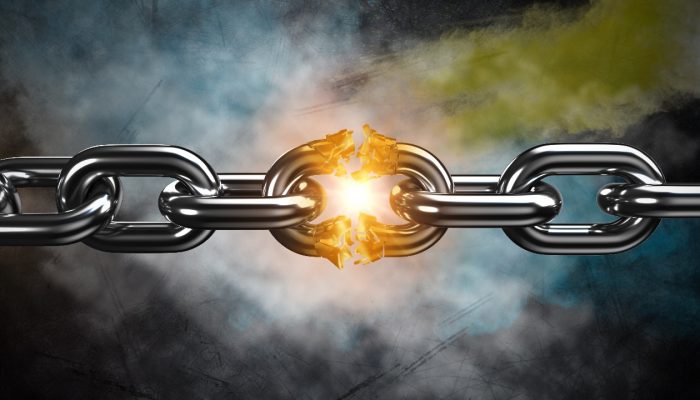 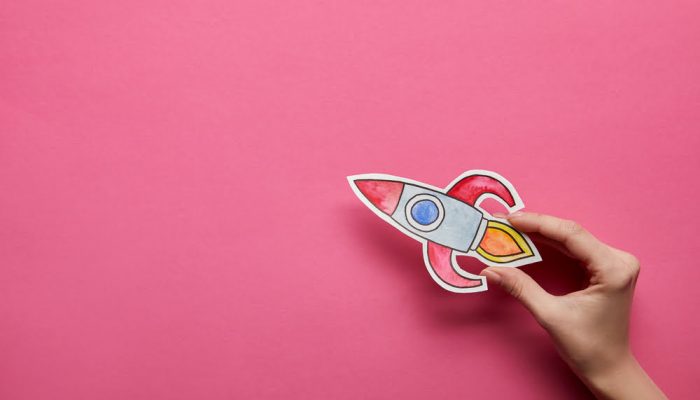