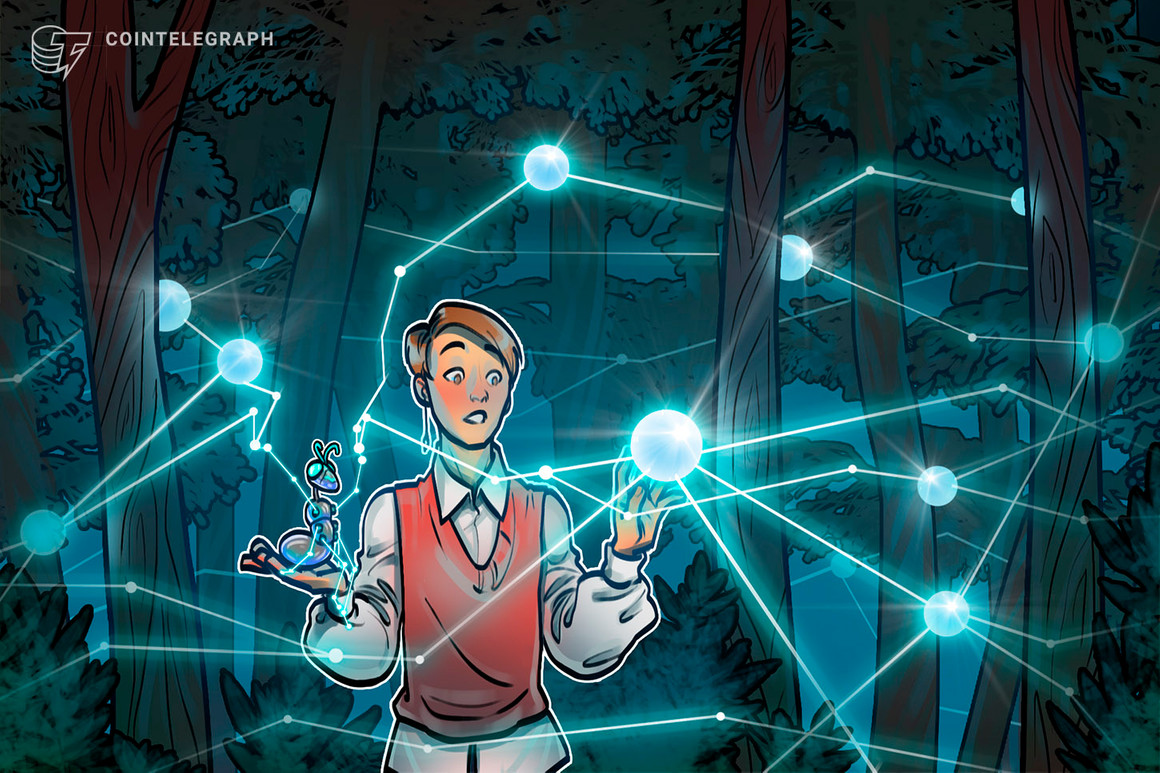 
Self-sovereignty is a core principle in the cryptocurrency space: Investors need to rely on a trustless, decentralized network instead of a central entity that has been known to devalue the holdings of others. One shortcoming associated with self-sovereignty, however, is inheritance.

An estimated 4 million Bitcoin (BTC) has been lost over time and now sits in inaccessible wallets. How many of those coins belong to HODLers who passed away without sharing access to their wallets with anyone else is unknown? Some believe Satoshi Nakamoto’s estimated 1 million BTC fortune hasn’t been touched for this very reason: No one else had access to it.

A study conducted in 2020 by the Crenation Institute has notably found that nearly 90% of cryptocurrency owners are worried about their assets and what will happen to them once they pass away. Despite the concern, crypto users were found to be four times less likely to use wills for inheritances than non-crypto investors.

The seeming lack of a solution does not seem to be widely discussed, however. Speaking to Cointelegraph, Johnny Lyu, CEO of crypto exchange KuCoin, said that crypto inheritance is still “poorly understood” because most crypto holders are young and, as such, aren’t thinking about their death or inheritance.

Moreover, Lyu states that we have not yet “come across a legislative precedent in this matter.” As such, there isn’t enough experience “in resolving inheritance disputes as, for example, in matters of theft and return of cryptocurrencies.” To Lyu, crypto inheritance “comes down to providing relatives with private keys.” He added that it can be managed through private keys in a cold wallet that is then stored in a safe and held with a notary:

“If the owner does not want to transfer the cryptocurrency before the moment of death, then they need to think of drawing up a will and an inventory of the contents necessary for their heirs to open the wallet.”

The CEO added that investors that want to pass on their assets must “solve the problem of maintaining anonymity until the moment when the heirs can come into their own.” At the same time, he conceded, transferring access credentials can “compromise the safety or anonymity” of holders.

To Lyu, the best crypto inheritance option out there was developed by Germain notaries and consists of a flash drive with a “master password, which already contains account passwords.” That flash drive is kept by the assets’ owner while the notary holds the master password, he said.

Lyu’s proposition does, however, come with a caveat: a lack of self-sovereignty. Trust is sacrosanct if someone else has access to our funds.

Should crypto holders share keys with trusted third parties? The question is hard to answer.

To some crypto enthusiasts, if someone else controls the keys to a wallet with crypto assets in it, they are essentially co-owners. If no one else knows how to access funds, the assets may be lost in the case of a holder’s untimely death.

Speaking to Cointelegraph, Mitch Mitchell, associate counsel of Estate Planning at Trust and Will — a firm specializing in estate planning — said that cryptocurrency investors should share their private keys with trusted family members “for the simple reason that, if they do not, their knowledge of the private key dies with them.”

Mitchell added that when or how they should share their private keys is a point of contention. Max Sapelov, co-founder and chief technology officer of crypto lending startup CoinLoan, told Cointepegrah that sharing private keys is a “debatable question,” as it depends “on the depth of the relationships” and the trust investors have in third parties.

Sapelov said that there are two main threats to consider before sharing private keys:

“Firstly, in an extraordinary situation, even the closest family members can turn their back when it comes to money and wealth. Secondly, managing private keys (or recovery seed phrase) is a challenging task.”

Without appropriate knowledge, he said it’s “easy to lose access” to private keys due to improper backup procedures or to attacks from hackers looking to steal crypto.

It’s worth noting that prominent crypto community members have openly admitted to simply sharing their private keys with family members to ensure that they have access to their funds. Hal Finney, the recipient of the very first Bitcoin transaction, wrote in 2013 that Bitcoin inheritance discussions are “of more than academic interest,” and that his BTC was stored in a safety deposit box, to which his son and daughter had access.

To some, however, sharing private keys isn’t a solution. If not for lack of trust, for a potential lack of security. Self-custody isn’t for everyone, so much so that many crypto users don’t even move funds off of exchanges.

Related: What is Bitcoin, and how does it work?

Another solution often considered when it comes to cryptocurrency inheritance is simply holding assets on a leading cryptocurrency exchange. The strategy may at first seem risky, taking into account the number of trading platforms that have been hacked over the years, but as the market matures, some have managed to stay afloat even after suffering security breaches.

To Mitchell, users may store their wallet files in a portable hard drive instead of holding funds in a cryptocurrency exchange and treat it as a bearer bond, meaning it belongs to whoever holds the drive. It may, however, be prudent to store an encrypted backup on the cloud to provide a dual layer of protection, he added.

The advantage of storing on exchanges like Coinbase or Binance, Mitchell said, is that they are more user-friendly for family members looking to recoup funds. Sapelov pointed out that major exchanges “have one of the highest levels of security” in the space and are by law required to “have account inheritance processes in place.”

Coinbase, for example, allows a family member to access the account of a deceased relative after providing a number of documents, including a death certificate and last will.

For beneficiaries to gain access to funds locked in cryptocurrency exchanges, they will certainly have to jump through hoops, while having direct access to a drive with the keys would allow them to instantly access the funds.

An alternative would be cryptocurrency inheritance services. To Sapelov, whether someone decides to pay for such a service “depends on the person’s preference,” as it’s a new industry that is “definitely gaining popularity” but doesn’t “have a proven track record yet.” Instead, he suggests that users should contact the customer support teams of the exchanges they use to explore inheritance options before it’s too late.

Conversely, cryptocurrency exchanges or inheritance services may shut down over time or lose access to funds themselves. While the possibility is remote, it’s still worth considering when considering how to pass on cryptocurrency investments.

There is, nevertheless, one more solution to consider: special cryptography.

Speaking to Cointelegraph Jagdeep Sidhu, lead developer and president of peer-to-peer trading blockchain platform Syscoin, said that it’s possible to set up a solution in which a users assets automatically transfer to another wallet, which can be used for inheritance purposes:

“What is possible is to do ‘timed’ encryption. Special cryptography where you can encrypt a message containing a private key that is only decryptable after some time.”

Crypto holders can also set themselves as the beneficiary of such transactions, or set up a larger number of beneficiaries, as “there is no limit to how many times you can encrypt your key.” Sidhu said that crypto inheritance can be arranged while maintaining self-sovereignty with this method.

He further stated that a service can be set up which requires a user to remain interactive to prove he is still around. If the user fails to respond after a specific period of time, then a “timed encryption message is created to all of your beneficiaries.”

Recent: UST aftermath: Is there any future for algorithmic stablecoins?

The solution is nevertheless fairly technical and would require cryptocurrency users to remain interactive or risk accidentally sending their assets to beneficiaries. The confusion that would arise from such a setup could be troublesome.

Overall, the way crypto HODLers go about their will has to vary from person to person. Some may prefer to go the decentralized way and self-store their funds while creating their own inheritance solutions, while others may prefer to trust institutions with their funds and their wills.

What’s important is that at the end of the day, users set up a system that allows their beneficiaries to access their cryptocurrency holdings in case anything happens to them. After all, life-changing money isn’t really life-changing if nothing can be done with it.