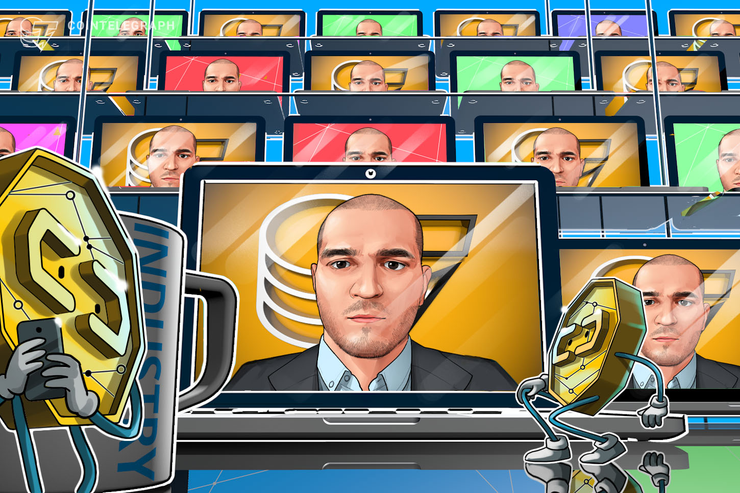 I’m thrilled to share that I’m the new executive editor of Cointelegraph. I wanted to take this opportunity to introduce myself to our readers.

This is a return to blockchain journalism for me. I first bought Bitcoin in 2011, when I was curious about this new technology. I had been looking for an inexpensive way to send money to myself from Turkey, where I was working as a correspondent, to the U.S., where I needed to pay my student loans. (And yes, I do wish I had held onto those BTC.) After relocating back to the U.S. and getting a job at Fast Company covering technology, I started reporting on cryptocurrency and smart contracts in 2014. I was most recently part of a newsroom run on the Civil registry of decentralized, community-governed journalism projects. I’m excited to focus more specifically on blockchain by shaping Cointelegraph’s coverage.

When I started writing about blockchain, most people still weren’t really sure what to make of Bitcoin. There was hardly any conversation about alt-tokens or the implications of trustless systems outside of finance. But half a decade later, it’s already clear that blockchain is here to stay. Investment and innovation continues, despite setbacks from the apparent 2017 bubble. And now major corporations are throwing their hats in the ring.

We’re at a unique moment when blockchain’s Wild West is bumping up against its wider adoption by mainstream society. From Facebook to the Chinese government, powerful interests are getting involved in this technology. And at the same time, bad actors operating in a largely unregulated space still try to take advantage of unsuspecting enthusiasts. These developments make the role of independent media covering the space all the more critical.

I’ve spent the last few years in the world of accountability journalism covering political influence, and I look forward to imparting the best of that approach and ethos to Cointelegraph. As the crypto industry continues to mature, I hope to develop Cointelegraph into a leader in this essential watchdog role.

I’m also taking this position at a pivotal moment for Cointelegraph. It’s already one of the world’s most widely read news sites covering cryptocurrency and blockchain. We’re working now on new solutions to meet the needs of our vast audience. That’s why, first and foremost, there will be an increased emphasis on original reporting at Cointelegraph under my watch. Beyond that, we are also in the process of launching new verticals, hiring new team members, and expanding to new content formats in order to best serve our audience. Stay tuned for more on that.

Perhaps most importantly, interest in crypto is hardly a U.S.-centric tech phenomenon. That’s why Cointelegraph has recently expanded its regional coverage to have teams in Brazil, Argentina, Germany, Italy, Serbia, Turkey, Japan, and Korea. We are poised to provide global news around the clock so that our readers never miss an important development in the blockchain space — no matter when or where it happens.