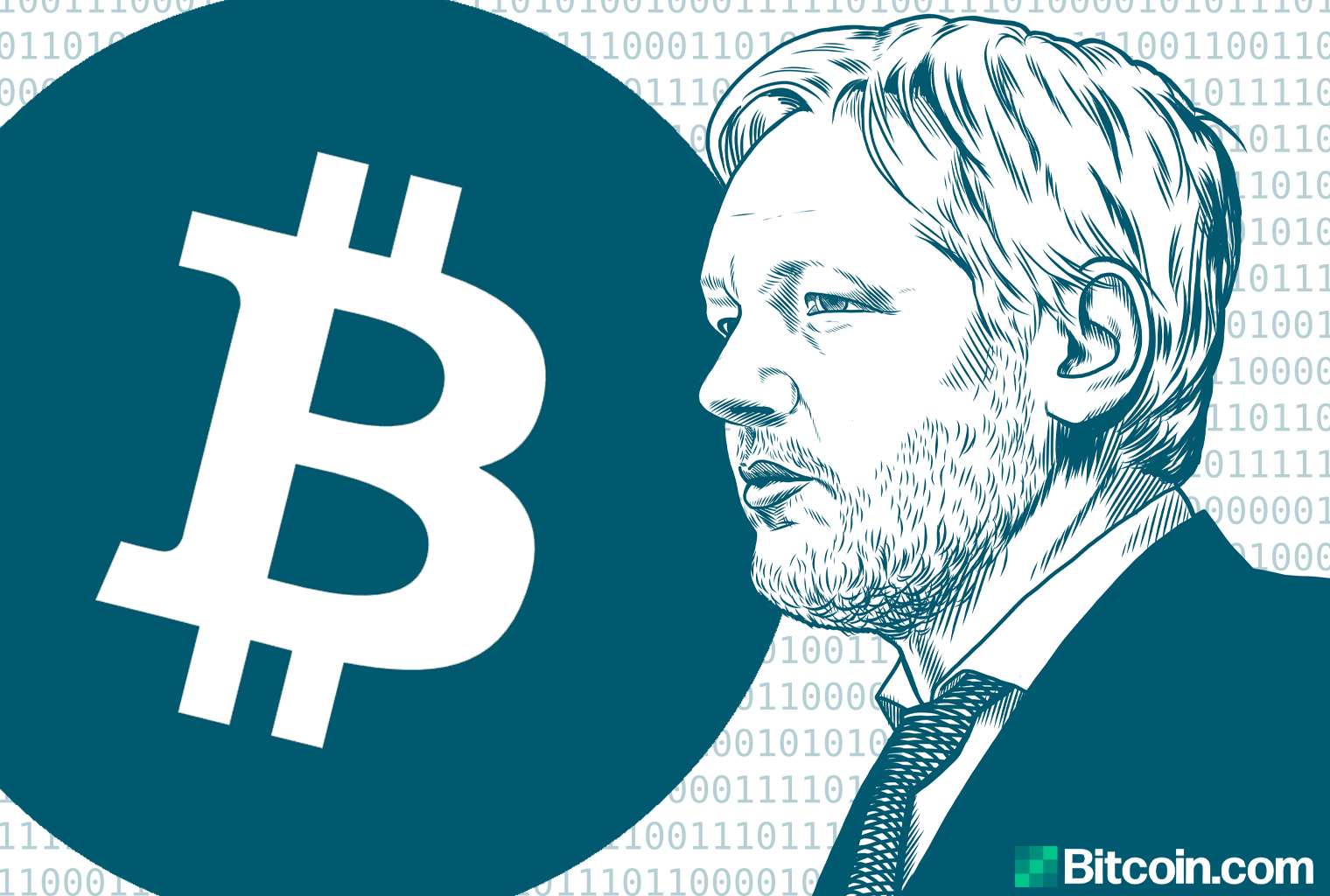 The world was shocked when Wikileaks cofounder Julian Assange was arrested in April after being cooped up in the Ecuadorian Embassy in London since 2012. Following his arrest, the original Wikileaks bitcoin address saw significant support as $32,000 worth of BTC poured into the wallet in two days. Since 2010, Wikileaks’ address saw 4,043 BTC donated or around $37 million at today’s exchange rates. Moreover, Wikileaks has gathered over $400,000 in BTC donations since Julian Assange was taken into custody last spring.

Years ago, the U.S. government started an investigation on Wikileaks cofounder Julian Assange for computer-related crimes allegedly committed in 2012. However, Assange requested asylum at the Ecuadorian Embassy in London and Ecuador’s government allowed him to stay until 2019. A U.S. indictment charges Assange with conspiracy to commit computer intrusion during the Chelsea Manning investigation. Manning accessed classified government intelligence and it was subsequently published on Wikileaks. On April 11, 2019, the Ecuadorian Embassy in London was raided and he was charged with failing to show up to court. Assange also faces extradition to the U.S., but he remains in prison awaiting trial, which started on Monday. Assange is also accused of using the Ecuadorian Embassy to meet with Russian leaders and international hackers.

Immediately after Assange was arrested, BTC donations started pouring in and the Wikileaks donation wallet saw roughly $20K in BTC on April 11th alone. The following day, donations continued and that Friday Wikileaks accrued $32,000 worth of BTC donations. Wikileaks has recently started a new address and has asked people not to donate to the older address. The old address obtained approximately 4,043 BTC ($37 million) before the nonprofit organization shared a new address. The new Wikileaks BTC address has 6.76 BTC ($63K) on February 25 and people can also donate bitcoin cash (BCH), litecoin (LTC), ethereum (ETH), monero (XMR), and zcash (ZEC). Since the arrest last April, Wikileaks obtained over $400,000 worth of BTC including the 6.76 BTC donated during the course of last week.

The First Financial Blockade Against Wikileaks

Wikileaks has always been supported by the general public and cryptocurrency advocates have rallied for the website and Assange as well. Donations pay for “Wikileaks projects, staff, servers, and protective infrastructure.” In 2010, Wikileaks and Assange contemplated using bitcoin for donations after the U.S. government, Senator McCain, Senator Lieberman, Visa, Mastercard, Paypal, Amex, and Moneybookers created a financial blockade against the organization. In 2017, Assange tweeted that the 2010 financial blockade invoked “[Wikileaks] to invest in Bitcoin” and the nonprofit generated a “50,000% return” from those donations.

But when it was first announced in 2010, Satoshi Nakamoto and a few other bitcoiners were not too keen on Wikileaks using bitcoin for donations at that time. When someone said that the Bitcoin community should “bring it on” with Wikileaks, Nakamoto wholeheartedly disagreed. “No, don’t ‘bring it on.’ The project needs to grow gradually so the software can be strengthened along the way. I make this appeal to WikiLeaks not to try to use Bitcoin. Bitcoin is a small beta community in its infancy. You would not stand to get more than pocket change, and the heat you would bring would likely destroy us at this stage.” Nakamoto stated five days later on December 11, 2010:

It would have been nice to get this attention in any other context. WikiLeaks has kicked the hornet’s nest, and the swarm is headed towards us.

Proof-of-Life, the Banking Blockade 2.0, and ‘Bitcoin Is the Real Occupy Wall Street’

Satoshi’s words didn’t stop Assange and Wikileaks from using bitcoin and a number of people believe that Wikileaks and the creation of the Silk Road marketplace helped propel bitcoin to new heights. The crypto donations strengthened Wikileaks as well, and in December 2017, the nonprofit suffered a second financial blockade. Assange told his Twitter followers a few times that month about the situation. He called it a “banking blockade 2.0” and Assange said U.S. intelligence was making it difficult for Wikileaks donors.

Assange suggested people should send cryptocurrencies instead and Wikileaks started accepting digital assets like zcash, monero, and litecoin. The Wikileaks founder has always supported bitcoin and a year before the banking blockade 2.0, people were concerned that Assange wasn’t alive because they hadn’t heard from him in a while. At the time, the Wikileaks editor-in-chief read the BTC blockchain hash of block 447506 during a recorded video. A number of people believe that the hash was read during the video to prove Assange was alive.

A week before the banking blockade 2.0, Assange tweeted that “Bitcoin is the real Occupy Wall Street.” Crypto enthusiasts have been awfully kind to Assange over the years, donating more than $37 million worth of BTC since 2010, and over $400K in BTC donations since he was taken into custody last April. The website Assange created has given the world an inside look at how governments worldwide have committed crimes against humanity. Wikileaks has a treasure trove of logged data that explores controversial subjects like Guantanamo Bay, the Afghan War, the Iraq War, and shady government dealings. There’s a reason why governments want people like Assange and Edward Snowden silenced. However, Assange knew early on that governments cannot stop censorship-resistant money.