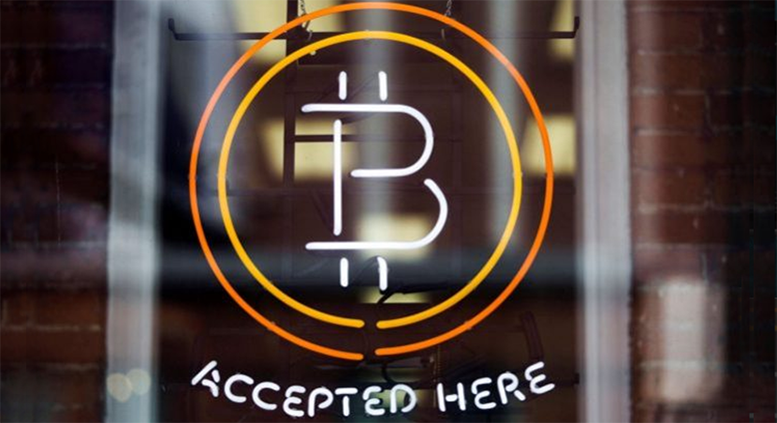 Bitcoin is the, without doubt, the biggest cryptocurrency. Many major companies around the world are now accepting bitcoin payment for online goods and services (in Denver, you can even use Bitcoin to pay for your parking!) An aggressive campaign led by Coinbase (where $1 million worth of transactions were processed for free) prompted large companies to start accepting bitcoin by using third-party services like Bitpay & Cryptopay. As the trend has been started it appears to be growing, so who accepts Bitcoin? There are some surprising companies and we’ve listed them below.

KFC Canada – The world’s largest chicken franchise – KFC, is allowing customers in Canada to pay for “The Bitcoin Bucket” using bitcoins for a limited time. “The Bitcoin Bucket”, a themed container can be purchased for $20 CAD, and is delivered to customers. The digital currency is accepted only via BitPay – an online payment mode and does not encourage customers to pay crypto at the cash counters.

Overstock.com – This large online retail store sells electronic products at minimal prices due to excess stock. Overstock.com allows customers to buy using bitcoin. It is the first major retailer to accept bitcoins and other major cryptocurrencies.

Subway – Subway in Buenos Aires has begun to accept bitcoin as a payment method. The belief is that accepting bitcoin as a method of payment would increase business.

Microsoft – The tech giant Microsoft is enabling users to create a Microsoft account in which the user can deposit Bitcoin. A well-structured process allows users then, to utilize these funds for purchasing movies, games, and apps in Xbox stores and Windows.

Reddit – Reddit; a community that provides thousands of your favorite things. It allows you to buy premium features with bitcoins.

Virgin Galactic – Bitcoins are taking the place of old conventional currencies at a fast pace. Sir Richard Branson, founder of Virgin Group including Virgin Galactic, Virgin Mobile, Virgin Airline, (and many more) has said that Virgin is accepting bitcoins to reserve tickets for a space travel. Branson feels that Bitcoin is a low-risk option; he has invested in it in the past and encourages others to do so now. Space travel costs 98 bitcoins or 250,000 US Dollars.

OkCupid – OkCupid, the world’s most popular dating site has started accepting cryptocurrency. By partnering with Coinbase, OkCupid allow users to subscribe with bitcoin. The costs for a “premium subscription” list called the “A-List”, can be up to 0.10 bitcoins or $10 a month.

Namecheap – A domain name registrar and web hosting company with nearly 3 million domains are accepting the digital currency as a method of payment for their services. Namecheap is the first company among numerous domain name registrar companies to accept bitcoins for registering a website, hosting domains, etc.

CheapAir.com – Now, you can spend a little of your cryptocurrency on airline reservations, hotel bookings, and car rentals. CheapAir.com, a travel booking site enables customers to purchase both domestic and international flight tickets with bitcoin. It is the only company to accept bitcoin currency for air travel and customers can pay from their Coinbase wallets.

Expedia.com – The exclusive online travel booking agency Expedia, has partnered with Coinbase to create a bitcoin payment option. Since June 2014, Expedia users have been able to book their hotels with bitcoins. As of now, Expedia is accepting digital currency only for hotel bookings.

Gyft – Gyft, a leading digital gift card retailer offers gift cards in exchange for bitcoin. The association of Gyft with Coinbase ensures that bitcoin payments are made via a Coinbase wallet. Gift cards can be redeemed or used to purchase goods at over 200 retailers.

Wikipedia – Wikipedia, the free online encyclopedia with more than 4,570,000 articles has established a partnership with Coinbase to accept donations in the form of virtual currency. To provide users with an ease of choosing payment options, Wikipedia’s donation page is now flexible to make one-time or recurring donations using bitcoin.

Alza – The biggest and most successful Czech e-retailer store has introduced bitcoin payments for shoppers. In many of its showrooms, bitcoin ATMs are available to facilitate smoother transactions for those paying in bitcoin. It is accepted via BitPay.

The Internet Archive – The internet archive provides free access to web documentation such as music, software applications, games, and so on. It has expressed its interest in accepting digital currencies as donations. This nonprofit organization assures its supporters to use bitcoins to enhance its operations and achieve its mission of providing free and secure services to the public.

PizzaforCoins – Want pizza? Order now and pay using bitcoins at PizzaforCoins. Any pizza joint including Pizza Hut, Dominos or Papa John’s is available with this service. Order now, enjoy your meal and pay with bitcoins. It also accepts more than 50 other cryptocurrencies.

Reeds Jewels, Inc. – At REEDS.com, you can shop exclusive jewelry, watches, and loose diamonds with your bitcoins using a bitcoin wallet like Coinbase. Reeds Jewels has brick-and-mortar stores in 13 states and also offers online shopping. Purchase of loose diamonds is complimented with a free delivery.

Shopify Stores – Looking to spend bitcoins? Shopify – an e-commerce platform, helps merchants to sell their commodities through an online platform similar to eBay. Shopify has recognized digital currency and is integrated with BitPay to simplify the payment process.

Many companies are embracing digital currencies by partnering with crypto platforms to transfer digital funds in exchange for goods and services. Though many of the larger companies have started t0 accept bitcoin, so many are still lagging behind and have yet to jump on the band-wagon. The reality is that the future of online shopping is definitely heading towards virtual currencies and the time has come for bitcoin to be a staple payment option when you reach the tills. If you’re not in, you can’t win.