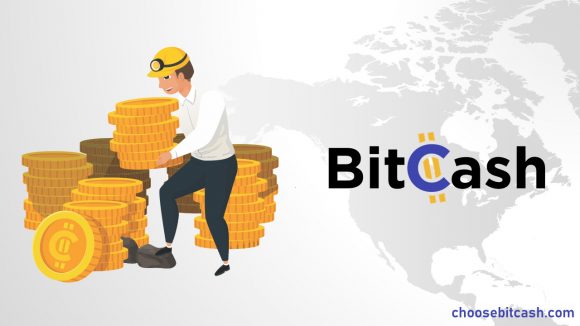 The X25X proof-of-work crypto algorithm has been developed by the SUQA poject, later renamed to Sinovate (SIN) for GPU mining with the idea to be ASIC, FPGA, and Quantum resistant. October last year however Sinovate (SIN) has significantly dropped the mining rewards essentially making X25X mining SIN coins not very interesting anymore for most of the miners. Earlier this year however, on March 1st, the BitCash (BITC) crypto project started in 2018 has made its first hardfork and they have switched the PoW mining logarithm they used from X16Rv2 to X25X. This essentially revived the X25X algorithm, even though BITC is apparently not getting the attention it deserves as it is a really interesting project with a lot of features and is really easy to be used with a lot of the functionality built right into the wallet.

We have decided to give BitCash a go and see how mining works and how X25X support has changes since the last time we mined SIN using the algorithm. Unfortunately there hasn’t been much development and a wider support for the algorithm as it hasn’t been that popular and widely used so far. The main miner is T-Rex miner for Nvidia GPUs that also hasn’t seem much updates in the last half a year or so. The solution for X25X mining support for AMD users is still only one – WildRig Multi, though AMD GPUs do not perform as good as Nvidia for this particular algorithm. Here is an example, a single GTX 1080 Ti does around 6.5 MH/s while for the same hashrate you would roughly need 8x RX 580 AMD GPUs, so BitCash and X25X is definitely more interesting for Nvidia miners.

Almost all of the mining hashrate is split in about half between BSOD and Zergpool with a couple other much smaller pools supporting BITC mining as well, so the two top pools should be the preferred choice. Zergpool has support for solo and party mining that can be interesting alternatives to the standard pool mining for some users, considering that the BitCash network hashrate is currently not that big. BitCash is being traded on multiple smaller crypto exchanges such as STEX, TOKOK, CITEX, Crex24 and Graviex. According to CoinMarketCap at the moment BitCash (BITC) has around 300k USD market cap with more than half of that as volume.

0Shares
Previous PostThe Number of Women in Crypto Has Exploded In Q1 2020Next PostEric Hughes: A Cypherpunk’s Manifesto