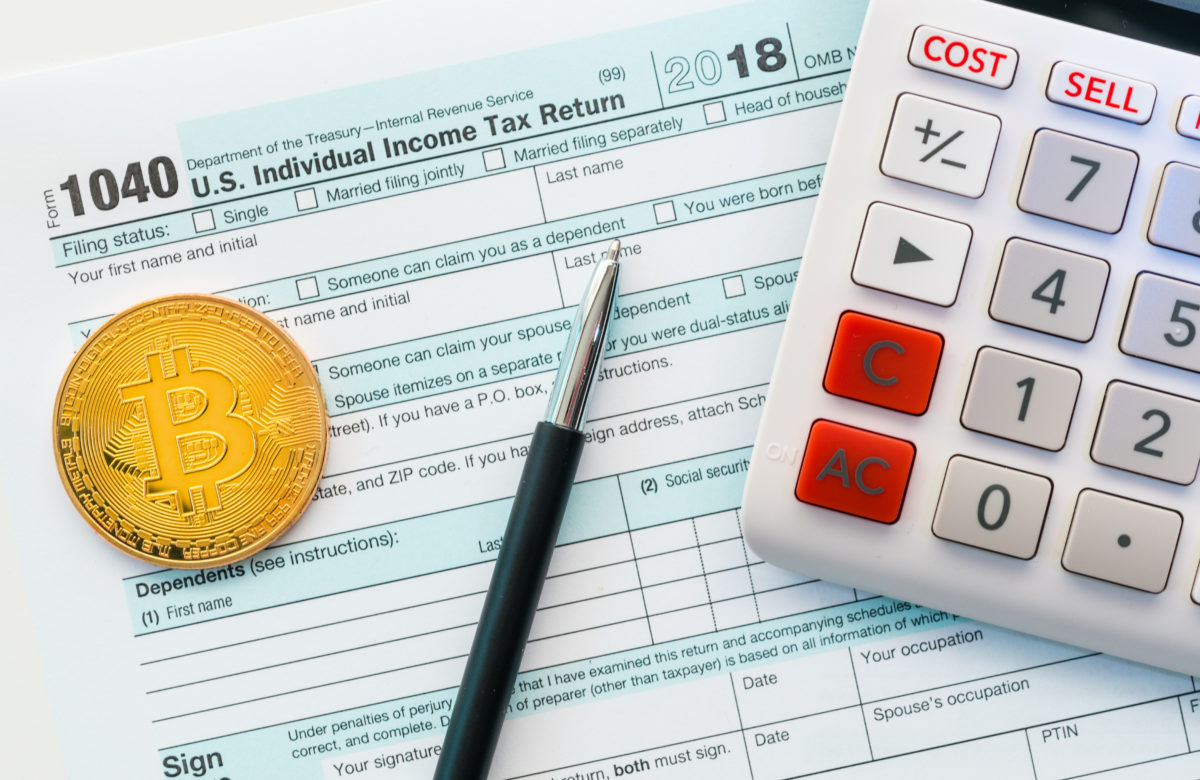 
Tax law surrounding crypto assets is currently convoluted and confusing, even despite Congress demanding the IRS clarify the law, and the IRS taking steps to provide more clarity to crypto investors in the United States.

However, given some recent comments from an IRS official regarding like-kind exchanges, crypto investors based in the US may want to consider going back and amending their tax returns to ensure they comply with the law.

Ever since Facebook unveiled its Libra cryptocurrency, the United States government and its many branches of government office have taken notice of the young, wild-west-like crypto industry, and the assets traded within it.

Concerns over the disruption of the current monetary system, its use for illicit crimes like money laundering or terrorist funding, and more, have caused the US government to crack down on the crypto market.

It’s also caused the IRS to suddenly take more interest in crypto assets, and have updated tax forms to include if a taxpayer owns crypto assets – to ensure they aren’t missed on tax returns. Confusion remains around uncommon aspects of the industry, such as airdrops, but the IRS has finally begun to clarify the law in important areas.

According to a recent statement by IRS Associate Chief Counsel Suzanne Sinno, the office’s policy regarding like-kind exchanges never applied to cryptocurrencies.

Wikipedia says that a “like-kind exchange under United States tax law, also known as a 1031 exchange, is a transaction or series of transactions that allows for the disposal of an asset and the acquisition of another replacement asset without generating a current tax liability from the sale of the first asset.”

Like-kind exchanges that fall under a 1031 exchange include personal property such as vehicles, or even livestock. The law, however, is clear that it doesn’t include stocks, bonds, notes, or “other securities or evidences of indebtedness or interest.”

Crypto Investors Should Speak To a Tax Professional

Cryptocurrencies, according to Sinno, do not fall under the 1031 exchange tax code and would need to be reported on income taxes.

Prior to 2018, the common belief across the cryptocurrency community was that like-kind exchanges didn’t need to be reported, and thus any trades of Bitcoin into another crypto asset like Ripple, for example, did not need to be specifically reported – only when crypto was traded for cash.

The IRS claims it will be focusing its crackdown on individuals who haven’t reported their crypto taxes at all, and not those that have made mistakes in reporting. But because many crypto investors may not have reported like-kind exchanges, it could put them into the former category.

Crypto investors who failed to report like-kind exchanges prior to 2018 or at all, would be wise to speak to a tax attorney or accountant to understand their risk exposure, and if filing an amended tax return is suggested.

Filing an amended tax return could result in a taxpayer owing back taxes on crypto trades, especially during the 2017 bull run, however, it is likely a small price to pay compared to the fines and potential jail time for failing to properly report income taxes.