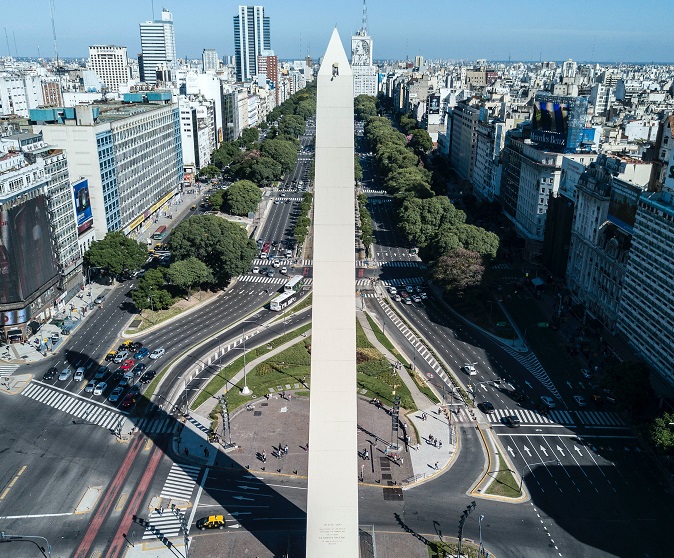 
The Next Pampa 2.0 will be the world’s first “Crypto Building”. In the basement, there’s a bitcoin mining farm that will help pay for all the upkeep a modern building needs. They also plan to show NFTs in the lobby and whatnot. Is the real state project just trying to be “the world’s first” something? Or are the builders on to something here?

The crypto building’s construction will begin in Belgrano, Buenos Aires, in Q2 2022. It will have “more than 100 apartments, with either 2, 3, or 4 bedrooms, and many of them have already been pre-sold” at around $120K for a 2-bedroom one. Does that price get you a share of a bitcoin mining operation for as long as you keep a property in the crypto building? That’s what it sounds like.

According to Interesting Engineering, the Next Pampa 2.0 “can be described as a 24-floor “smart” building with a Bitcoin mining farm in its basement, the objective of which is to generate an income for the building’s operations, allowing it to cover the cost of the edifice’s maintenance and upkeep —and savings its residents the costs of having to do so themselves.” It’s worth noting that the crypto building “will also display different pieces of NFT art as decoration in its lobby.” So, it’s not a bitcoin-only project.

What About Bitcoin’s Volatility?

To address the volatility issue, the publication consults with Damian Lopo, the Next Pampa 2.0’s main project developer. He knows what to do. “To deal with this, the plan is to calculate an average price for the Bitcoin over the last 12 months and use that average price to scale the mining farm in a way that theoretically will allow the mining operation to cover 100% of the cost of the building’s expenses.”

Also, David Farías, the CEO of Landium, the real estate agency behind the Next Pampa 2.0 thinks that the bitcoin mining operation will generate more than the building needs. “The surplus could then be distributed among the residents; the crypto building could end up “paying residents” for living in it. “It’s a way of giving back to our customers,” said Landium’s CEO.”

In some aspects, Argentina is good soil for the crypto building. For example, in the capital, the government subsidizes energy, and is thus cheap. In some other aspects, the bitcoin mining strategy might prove to be erroneous. “There are currently no laws regarding crypto mining, but Damián Lopo doesn’t rule out that possibility”. Argentina recently signed a deal with the IMF in which they promised to slow down crypto adoption in the country.

On the other hand, there are ESG risks. Some people think that bitcoin is not worth the effort and that participants in the network shouldn’t be allowed to use electricity. However, they ignore the subtle relationship that exists between bitcoin and green energy. They always show up hand in hand.

In this case, “Damián Lopo expects Next Pampa 2.0’s expenses to be up to 50% lower — as the building will be powered by solar panels in its totality, from LED lights in common spaces to pre-heating systems to heat the water that residents will use.” Green energy will power all that plus the bitcoin mining. Great, but, what’s the fundamental difference between the crypto building and a normal building with bitcoin home miners among the tenants?