PRESS RELEASE. PARSIQ is a working platform that makes blockchain events consumable and blockchain data actionable. It allows users—both individuals, companies, enterprises—to monitor any events across different blockchains in real-time and at scale and connect those events to any off-chain apps or devices to automate different workflows.

A blockchain-to-everything monitoring service PARSIQ was announced to get Binance funding in addition to the other four projects. Even though PARSIQ is not a DeFi project itself, it brings another layer of security and transparency addressing the main problems in DeFi.

PARSIQ technology is a proprietary ParsiQL programming language that allows users to monitor and interpret an endless stream of data on the blockchain.

Among the obvious use cases is monitoring the wallets of traders and ordinary users. Among the non-obvious are complex system integrations for financial institutions and DeFi projects that use the PARSIQ infrastructure to improve security, conduct audits, comply with regulatory requirements, and expand their workflows in other ways.

The primary drag and drop interface of the service – Quick Monitoring Wizard – allows users to create their own notification system for the required crypto-addresses in a few clicks and bind additional data: Risk Score, information about the amount in equivalents (for example, in fiat or BTC), set up uploading to Google Spreadsheets or send directly to Telegram messenger.

PARSIQ’s technology was recently used to help KuCoin hack victim projects restore the balances and conduct hard-forking of their tokens in order to restore the tokens to their rightful holders.

How PARSIQ helps entrepreneurs and enterprises embrace automation with blockchain?

Blockchain transactions have become an integral and essential part of many businesses today. Whether it involves receiving funds for client payments, sending payments to vendors, or executing smart contracts, you need to be on top of your transactions with smart notifications and real-time alerts. The possibilities are endless, and the use cases are only limited by your need to access this raw information.

PARSIQ automates the monitoring of blockchain transactions by tracking the wallet addresses that need to be watched. Beyond instant notifications, your business can gain in-depth knowledge and information from these transactions. This includes:

On Thursday, October 29, the PARSIQ team announced a planned transition to a new expanded token economy, which will provide even greater utility for the PRQ token.

The first innovation that the team told about was Public Projects, which serve as additional gamification and attraction for users. With Public Projects, users can subscribe to existing PARSIQ Projects that were pre-made by other users and finally receive some fees in PRQ as a stable motivation.

“By paying Public Project developers in PRQ, users that have subscribed to the Public Project will incentivize the creators to invent interesting, complex and more important – problem-solving projects.” – says Tom Tirman, CEO of PARSIQ.

The team has already shown an example of what a Public Project can look like. A few weeks ago, PARSIQ released FLASHR – a free product to track famous crypto projects’ asset movements. Flashr is a public and free-to-use monitoring system that allows users to be notified of any token movements that they are interested in or invested in. Currently, FLASHR keeps track of 13 projects: Aave, Serum, FTX, Huobi, PARSIQ, Band Protocol, Compound, Reserve Rights, DFI.Money, Chainlink, CoinMetro, Yearn.finance, Uniswap.

The rest of the Tokenomics announcement covered new requirements for holding some amount of PRQ to monitor the same number of addresses; O2 Protocol for risk-free collateral-less loans system provided to the crypto community by the PARSIQ team; and also new information about the Uniswap liquidity provider bonus program, which was announced earlier.

As the team stated, PARSIQ plans to reveal another fruitful partnership with a top-10 blockchain project at the beginning of November. PARSIQ is actively working to partner with major layer 1 blockchain protocols to expand the range of blockchain integrations and give projects that build on those protocols the ability to monitor and automate workflows between blockchain and off-chain.

Visit the PARSIQ website to discover some possible use-cases and find more details on the project and token: https://parsiq.net

This is a press release. Readers should do their own due diligence before taking any actions related to the promoted company or any of its affiliates or services. Bitcoin.com is not responsible, directly or indirectly, for any damage or loss caused or alleged to be caused by or in connection with the use of or reliance on any content, goods or services mentioned in the press release. 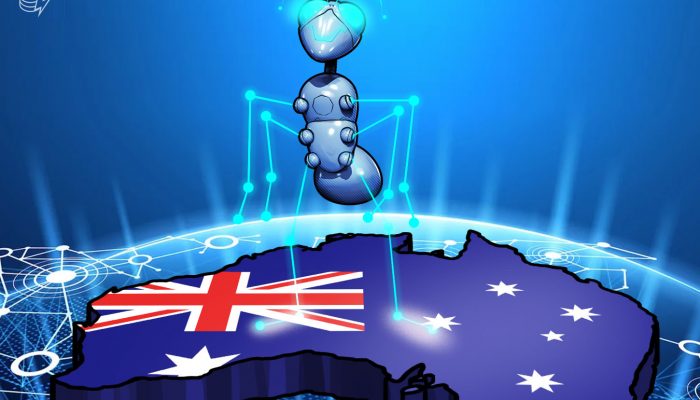